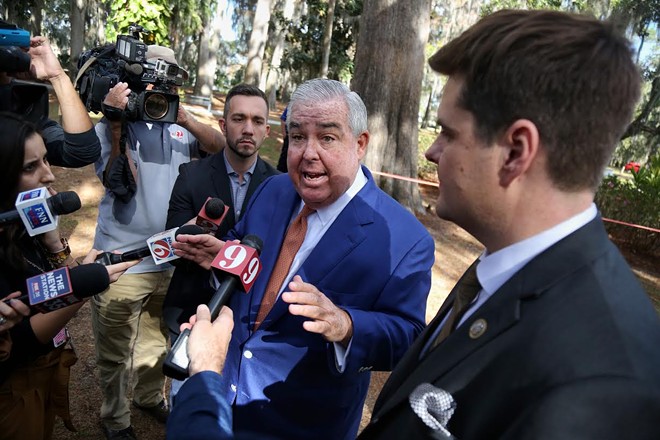 With the proposal awaiting a review by the Florida Supreme Court, prominent Orlando attorney John Morgan last month continued funneling money to a ballot measure that would increase the minimum wage.

The Morgan Firm PA contributed $474,371 in April to the political committee Florida For A Fair Wage, which is chaired by Morgan, according to the state Division of Elections website.

In all, The Morgan Firm PA and Morgan and Morgan P.A. had contributed $1.454 million to the ballot drive, with almost all of the money going toward expenses related to collecting and processing petition signatures.

As of Friday morning, Florida For A Fair Wage had submitted 120.974 valid petition signatures to the state, enough to trigger a review by the Florida Supreme Court of the proposed ballot wording.

If cleared by the Supreme Court, the committee would need to submit an overall total of 766,200 signatures to get on the November 2020 ballot.