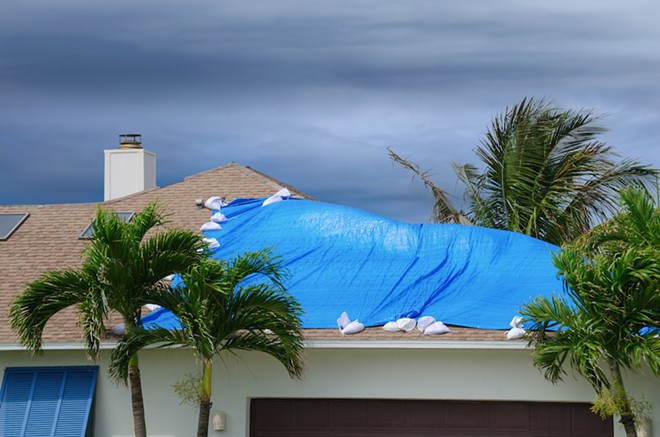 Hurricane-tested Floridians and back-to-school shoppers will be able to once again take advantage of sales-tax “holidays” as they prepare for the upcoming storm season and the new school year.

Gov. Ron DeSantis on Wednesday signed a tax package (HB 7123) that features the disaster-preparedness and school tax holidays, as well as relief for business owners who rent commercial space and storm-impacted farmers.

Noting the Floridians have become hurricane “battle-tested” after hurricanes Matthew in 2016, Irma in 2017 and Michael last year, DeSantis said, “Hopefully, we won’t have to use that experience this year.”

DeSantis also used the event to announce he is making $25 million available through the state’s Small Business Emergency Loan Program to assist Panhandle farmers who sustained damage in Hurricane Michael as they enter the growing season. Also, he said he has used emergency powers to help local officials quickly access a federal program that provides cash advances that can be used to rebuild schools, government buildings and certain nonprofit facilities.

During the holiday, sales taxes will not be collected on items such as battery packages, non-electric food storage coolers, tarpaulins, weather-band radios and more. tweet this
The tax package was approved early this month as the 2019 legislative session ended. While it was promoted as providing $121 million in tax breaks, it is projected to cut state and local revenue by $87 million in the 2019-2020 fiscal year.

While the amount of tax savings is less than in prior years, the business community backed the package.

“Anytime you can give Floridians some needed tax relief is great,” said James Miller of the Florida Retail Federation.

“Both the back-to-school and disaster preparedness tax holidays remain one of the top priorities for our members year in and year out,” Miller added. “Not only do they provide tax relief for consumers, but they bring increased sales for our retailers. It’s something they really enjoy and something they look forward to each year.”

DeSantis formally received the tax package Tuesday and wasted little time in announcing plans to sign the bill, which provides a seven-day “holiday” for disaster preparation starting May 31, a day before the six-month hurricane season begins.

During the holiday period, sales taxes will not be collected on items such as battery packages and non-electric food storage coolers that sell for $30 or less; self-powered light sources that cost $20 or less; tarpaulins, self-powered radios, ground anchor systems, and weather-band radios that cost $50 or less; and portable generators that cost $750 or less.

The disaster-preparation holiday is projected to save shoppers $5.5 million in state and local taxes.

The back-to-school tax holiday, running from Aug. 2 to Aug. 6, will temporarily eliminate sales taxes on clothes that cost $60 or less, school supplies that cost $15 or less and personal computers that cost less than $1,000. The school holiday is projected to save shoppers $41.7 million.

Another key part of the package is a reduction in the sales tax on commercial leases from 5.7 percent to 5.5 percent, which accounts for $27.3 million of the savings next fiscal year. The lower rate will go into effect Jan. 1, which is halfway through the 2019-2020 fiscal year. It is expected to provide $57.1 million in savings the following fiscal year, when it will be in place for 12 months.

Hurricane Michael made landfall Oct. 10 in Mexico Beach and caused major damage in many of those counties.

Farmers could also get refunds on taxes for repairs made to farm buildings and fencing damaged by the storm.

The state’s agricultural industry suffered an estimated $1.5 billion in losses from Michael, with the timber industry accounting for most of the damages.

The state has already spent about $1.6 billion in helping Northwest Florida recover from Michael, and the Legislature has budgeted just over $220 million for additional storm relief during the fiscal year that starts July 1.

“We’ve done a lot. We’re going to do a lot more,” DeSantis said.