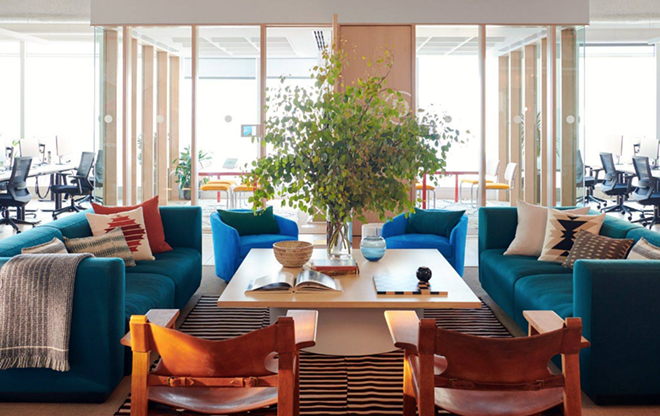 WeWork, a New York City-based shared workspace company, is set to launch its latest location in the South Orange Avenue building that houses Wahlburgers in downtown Orlando early next year.

The company signed its lease at the SunTrust Center on Monday, according to a news release from WeWork, which has more than 425 locations in over 100 cities. The office space will occupy three floors across more than 70,000 square feet of workspace, where employees will have access to amenities such as an on-site fitness center and conference center.

The company, which says its new space is large enough to host more than 1,000 members, joins downtown co-working spaces such as StarterStudio, Catalyst and Orlando Game Space, which focuses on video game producers.

"After leading the nation in job growth for four consecutive years, it's easy to see why Orlando is a natural fit for WeWork," says Tim Giuliani, president and CEO of Orlando Economic Partnership, in the release. "Their presence in downtown Orlando will significantly enhance co-working options in our booming region, which means more location opportunities for our business community to create great jobs."

"When you think of Orlando, you may immediately associate our city with theme parks and a world-renowned reputation as a vacation destination, but you may not know we have worked hard in recent years to diversify our economy and grow Orlando's reputation of innovation and collaboration," Dyer says. "WeWork is a welcome addition to our city, not only providing new opportunities and experiences for the community, but also encouraging strong co-working relationships where entrepreneurs and large companies can work together to pursue their dreams and achieve their goals."