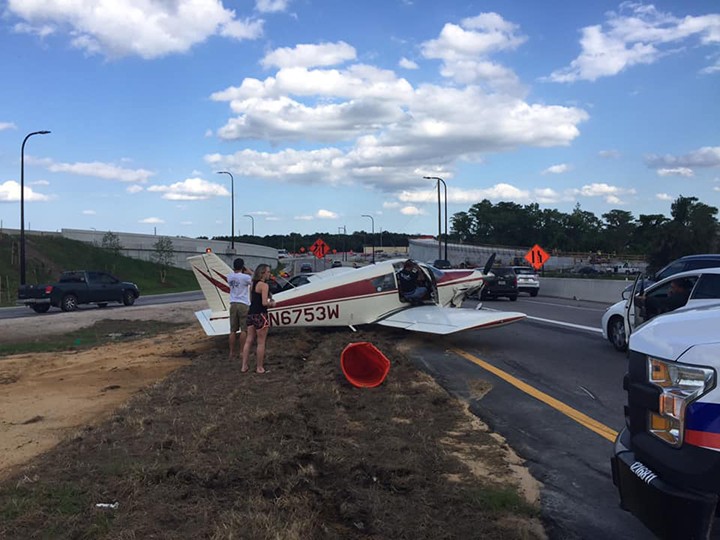 If you're stuck in traffic right now it might be because a damn plane just made an emergency landing on I-4.

According to authorities, a small plane ran out of fuel while headed to the Orlando Executive Airport and was forced to land on the on-ramp to WB I-4 from Maitland Blvd at around 5:45 p.m.

The FAA is currently investigating the incident.

No injuries are being reported, and no lanes of I-4 have been closed. But expect plenty of rubberneckers to slow traffic down until the wreckage is cleared.

#BREAKING: A small plane makes an emergency landing on an I-4 on-ramp.
➡ Fixed-wing Piper aircraft
➡ Landed on WB on-ramp from Maitland Boulevard
➡ No injuries
What else we know right now: https://t.co/9YLiYMeibf pic.twitter.com/8Hwq3nnS3T


This actually isn't the first time a plane interrupted Orlando's rush hour traffic. In November of 2017, a plane headed to the Orlando Executive Airport made a similar emergency landing, also during rush hour, on Exit 94, which coincidentally is just down the road from today's crash.

This is a developing story and we'll update this post when more information is available.