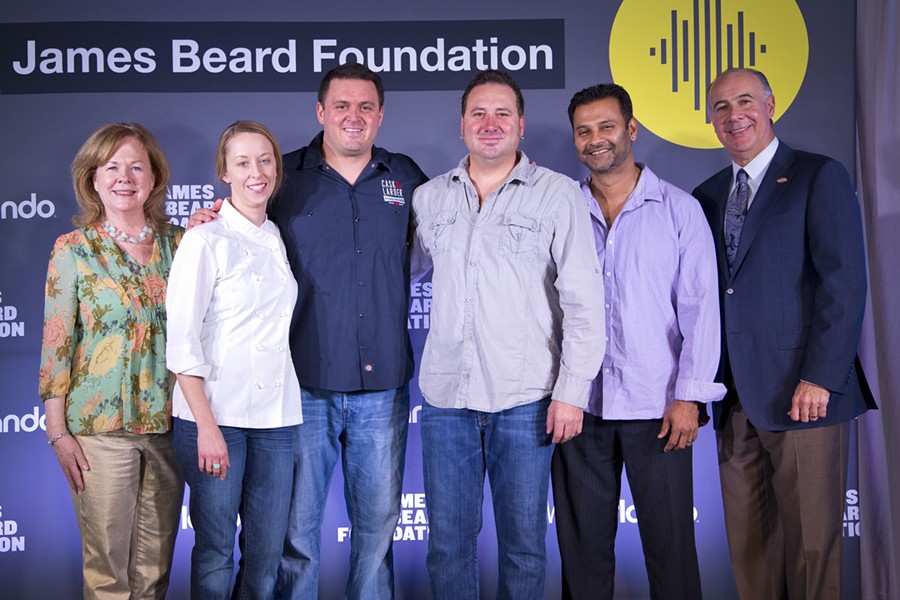 Every year, I go through the same four-month emotional cycle when the James Beard Foundation Awards — known as the "Oscars of the food world" — list is released.

Then in April, disappointment and frustration when the finalists list is released and none of our chefs make the cut. This inevitably turns to disgust and apathy when I think about the Beard Foundation's methods for their award-giving. My inner voice inevitably whispers, "Who are these hifalutin, ivory-tower, New York City food snobs to tell us we don't have good enough restaurants for their dumb awards anyway?"

I know I'm not alone in these feelings. Certainly the chefs involved, and many others in Orlando's gastronomic firmament, are right there, too.
(continued below)

But this post isn't about me. It's about Scott Joseph and the absolute lambasting he gave the Beard Foundation this week, while also announcing his disassociation from the most-revered culinary nonprofit organization in the country. Joseph, formerly of Orlando Sentinel and the longest-serving and best-known food critic in the area, revealed that he was a judge for the foundation's annual awards (totally against the rules) and then outlined his reasons for leaving the post.

His epic "fuck this shit" blog post, on the now decade-old Scott Joseph's Orlando Restaurant Guide, was clearly cathartic for many, based on the Facebook comments it got. I wished the post had gone on for another 1,000 words. I, too, am tired of seeing our chefs and restaurants, which are certainly among the best in the country, constantly passed over while the Beard Foundation is happy to peddle their names to make money.

In 2014, they were even happy to take Visit Orlando's money to announce the semifinalist list at East End Market. I was there. It was surreal and exciting.

And then none of our nominated chefs (including three of the chefs listed above) made it to the finalists list.

As long as the voting rules remain the way they are — requiring judges to eat at the restaurants they vote for (meaning: if a judge hasn't eaten at a restaurant, they can't vote for it), the status quo will stand.

As Joseph points out, it's unlikely that so few of the JBF judges have visited Orlando when Visit Orlando recently announced record 2018 visitation (75 million!) and that Orlando is still the most-visited destination in the country. What is likely is that they're staying in and around the parks, not deigning to venture outside the confines of the tourist corridor to eat in Orlando proper, or — even less likely — in DeLand. So they really have no idea what Orlando can do, nor have they bothered to find out.

I have admired Joseph ever since I considered food writing as a career over a decade ago, though I don't always agree with him or his methods (you don't order a whole Lazy Moon pizza to-go and then review it from home — that's not how it works!). But after this week's blog, I just can't wait to shake his hand the next time I see him.