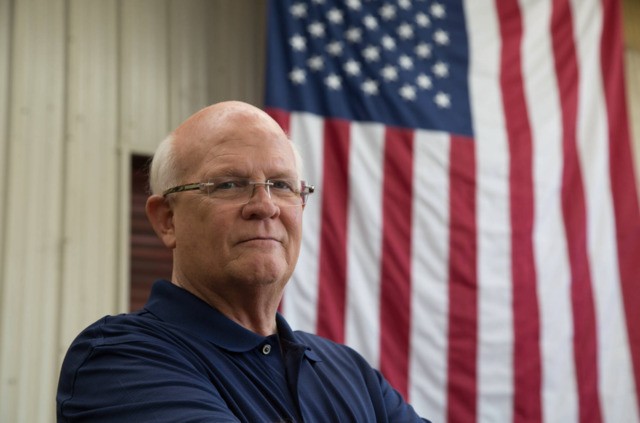 Florida Sen. Dennis Baxley, a descendant of a Confederate soldier and literally the only person to vote against removing the name of a racist judge from a building at Florida State University, is now arguing that Alabama’s new oppressive abortion laws are a good thing because, well, the country needs more white people.

While speaking last Friday on WLRN’s “The Florida Round-Up” program, the Ocala Republican stated that he would 100% support a Florida version of Alabama’s new anti-abortion laws, which not only makes providing an abortion a felony, it also makes no allowance for abortions in the case of rape or incest.

“I certainly expect that this discussion will continue and that I will be a part of it,” said Baxley on the program.

Of course, this is expected from a guy who just last legislative session co-sponsored a bill that would’ve required parental consent for minors seeking abortions, and another that banned abortions after a fetal heartbeat was detected.

But during the program, which you can listen to here, Baxley’s well-established anti-abortion stance also got a heavy dose of anti-immigrant racism when he essentially said the country needs less abortions to keep “western” culture alive and well.

[Baxley] also suggested that access to abortion is deteriorating the fabric of society and warned of its economic and demographic impact.

“When you get a birth rate less than 2 percent, that society is disappearing,” he said of Western Europe. “And it’s being replaced by folks that come behind them and immigrate, don’t wish to assimilate into that society and they do believe in having children. So you see that there are long range impacts to your society when the answer is is to exterminate.”


In other words, immigrants are having babies and therefore we (white people) need more babies or our way of life will be "replaced."

Never mind that abortions are at an all-time low, or that everyone should have access to healthcare. But this is all very on-brand for Baxley, whose “heritage not hate” mentality seems to only extend to his very Caucasian heritage. The Ocala senator has been a regular voice for keeping Confederate statues prominently displayed in public spaces. But in 2017, Baxley also tried to block a statue from being erected in Florida that was dedicated to the history of slaves. At the time, the senator argued that he wanted the monument to focus on the lives of the slaves, and not the institution that caused the suffering. Gee, I wonder why?

History is important, so let’s also not forget Baxley’s history – like how he authored Florida’s incredibly racist Stand Your Ground bill, or the time he refused to disavow a pro-Confederate group just days after the deadly “Unite the Right” rally in Charlottesville, or that other time he sourced an Islamophobic fringe group for an anti-climate change bill.

We don't need a statue to remember any of that, Dennis.