UPDATE: As of May 1, 2019, Bungalows Key Largo is no longer managed by Noble House Hotels & Resorts. The fire took place four days after the change in management.

Less than five months after opening, Bungalows Key Largo went up in flames earlier this month, shutting down the resort for months. The fire caused an estimated $3.2 million in damage, though, thankfully, no one was hurt in the massive early-morning blaze.

None of the 135 individual bungalows were damaged in the fire, but the resort’s two-story Beach House was completely destroyed. The resort’s check-in area, Hemingway tiki bar, Fish Tales restaurant and main pool area were all located in the Beach House. All of them are now ruined beyond repair. An investigation is ongoing, but arson is not suspected. 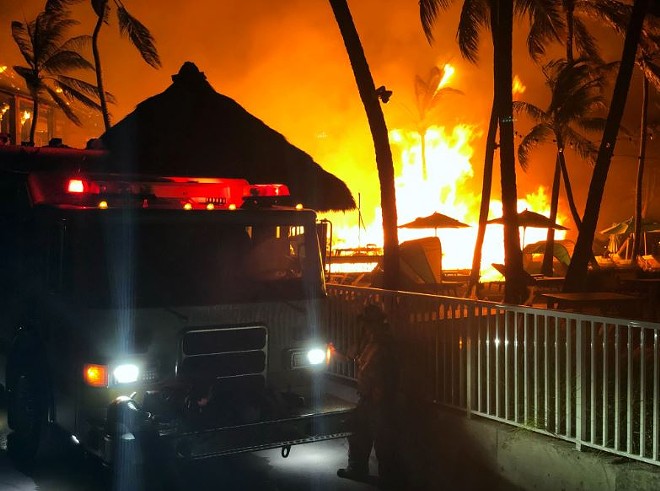 Bungalows Key Largo opened in late December to rave reviews. Billed as the Keys' first all-inclusive resort, the 12-acre adults-only facility won multiple awards thanks to its numerous amenities such as five-star quality dining, a zen garden spa, and a pool area with an infinity pool surrounded by two jacuzzi tubs. Each of the 135 bungalows features a soaking tub, an outdoor shower, and two bicycles for guests to use as they navigate the lushly landscaped resort.

The resort plans to reopen on Dec. 20, the one-year anniversary of their soft opening, but details on the reopening have yet to be confirmed. The resort is managed by Noble House Hotels & Resorts (see update, top), who manage more than 20 ultra-luxury resorts across North America, including Ocean Key in Key West. The company’s Little Palm Island, also in the Florida Keys, is also going through its own remodeling with its debut planned for one month after Bungalows Key Largo’s reopening.

Bungalows Key Largo’s operations team has reached out to those with reservations affected by the resort’s closure.