Universal Orlando revealed new details this morning about the queue and the coaster itself for "Hagrid's Magical Creatures Motorbike Adventure," the world's first "story coaster."

In the ride's queue, guests will enter ruins behind Hagrid's hut that Hagrid uses for his groundskeeping duties. There they will begin a Care of Magical Creatures class, passing dragon eggs and a nursery for Blast-Ended Skrewts. 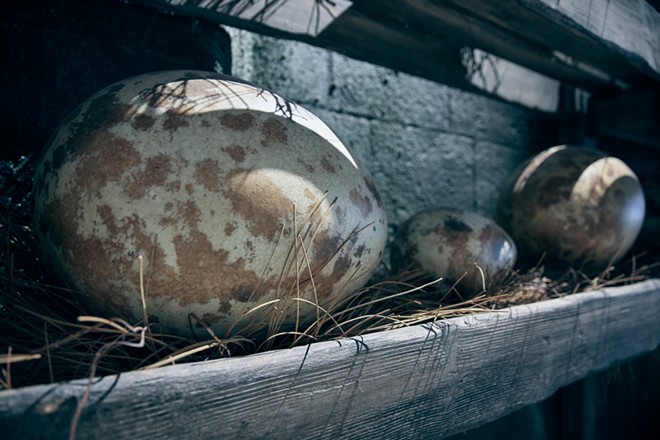 The queue will also feature a pre-show including characters Arthur Weasley, Hagrid, and Hagrid's dog Fang brought to life through projections and special effects.

According to Universal, the coaster itself will be the longest roller coaster in Florida, at almost one mile in length, and the first coaster in the U.S. to have a free-fall vertical drop. They say it will also break records as the roller coaster with the most launches in the world with seven total launches.

Universal released a POV sneak peek of the ride.