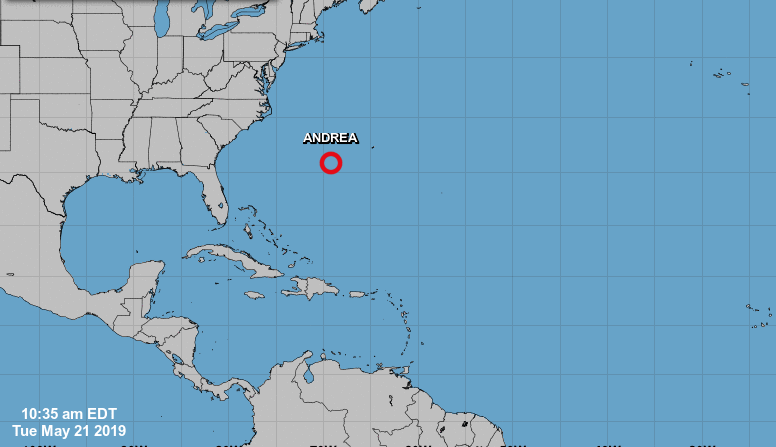 At 10:45 a.m., Andrea was located roughly 250 miles west-southwest of Bermuda. Its maximum sustained winds were measured at about 35 mph.

Though Andrea is currently moving north at 8 mph, forecasters say it's likely to turn towards the northeast later today, as the center of the storm is expected to hover southwest of Bermuda over the next couple days.