The expansion will go into the new South Terminal at the Orlando International Airport. Not only will it make the trip to MCO much more convenient for South Floridians, the project is expected to bring in more than 10,000 jobs and over $650 million in federal, state and local tax revenue.

“Connecting Central and South Florida will bring thousands of jobs today and by modernizing infrastructure, we will strengthen Florida’s economy for decades,” said Patrick Goddard, President of Virgin Trains USA.

The construction of Phase 2 encompasses four zones between Orlando and West Palm Beach. Zones One and Two begin construction today and include  the Orlando International Airport and the Virgin Trains Maintenance Facility. Construction on Zones Three and Four is imminent. 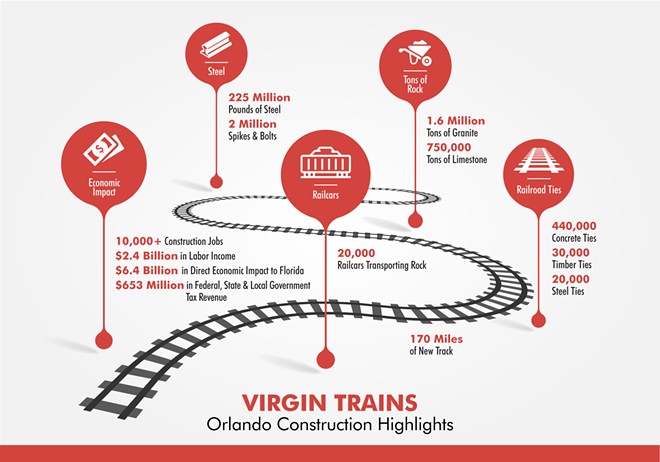 The monumental project will include two million spikes and bolts, 490,000 ties, and transportation of 2.35 million tons of granite and limestone by 20,000 railcars.

Virgin Trains USA says that the project is expected to be completed and ready for service in 2022.