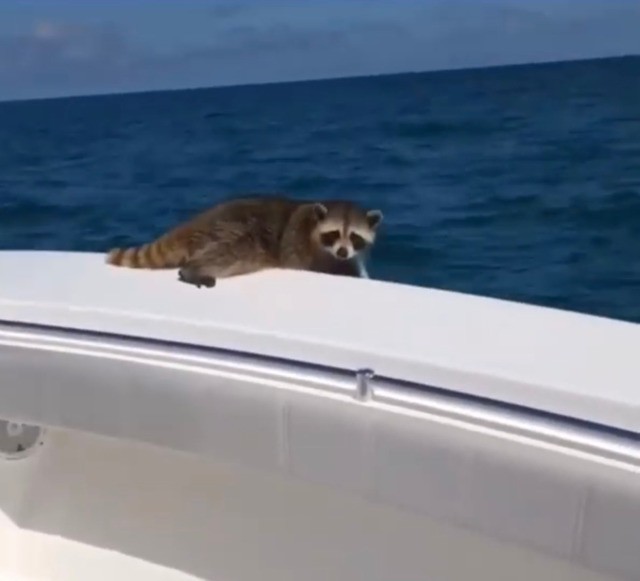 A new petition is calling for Clearwater lawyer Thomas Cope to be disbarred, following a viral video showing himself and others yelling “So long, sucker,” to a raccoon that they left 20 miles offshore to die.

The online petition, started by petition site CareTeam2, currently has over 80,000 signatures of its 85,000 goal. "As a lawyer, Cope needs to be held to the highest ethical standards," reads the petition. "We need to call on the Florida Bar Association to investigate immediately and disbar him if found accountable."

CareTeam2 says they have a global reach of 50 million followers, which would make sense considering the signatures on the petition appear to be from all over the world. “Disgusting despicable sadist. What a “big man” you are in front of the other dumbasses with you,” said one signee.

Cope has already apologized for the video, stating that he was unable to properly operate the boat with the raccoon onboard. “I sincerely wish there was some way I could have safely returned to shore to release the raccoon,” Cope said in a statement. “Knowing raccoons can be rabid and unpredictable, the only realistic option we could think of in the moment was to get the raccoon off the boat."

However, this new petition is just the latest in a saga of ongoing issues for Cope, who is already being investigated by the FWC and the Florida Bar over the raccoon video.

The now-deleted video was originally captioned "Trash panda came out from hiding 20 miles from dock! Anyone else had these things squat on their boat? *watch muted if you don't like profanity,*" and presumably showed Cope and his friends yelling at the raccoon, while the animal attempt to flee.

“Get off my fucking boat! What the fuck is wrong with you?” a man is heard yelling in the video. “We're just going to have to push him off,” another says.

Once the raccoon fell off the boat, the video then showed the animal swimming aimlessly in the ocean.