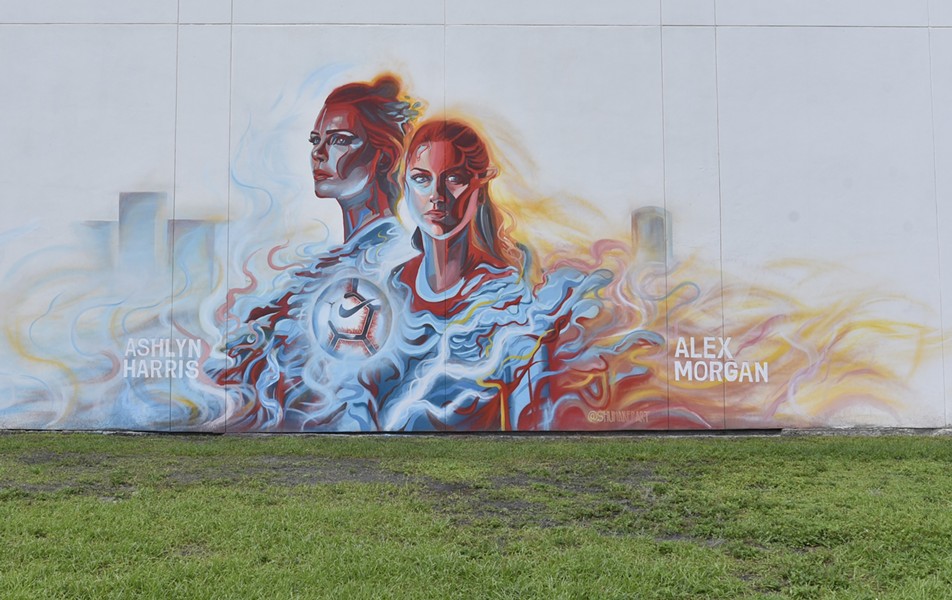 As the U.S Women's National Soccer team goes for their fourth World Cup this summer in France, fans in Orlando will be able to participate in their "Everywhere Campaign."

In 11 cities, local female artists have painted murals of the 23 members of the 2019 World Cup team. Orlando's mural has been painted on the Seacoast Bank Building, at the intersection of Robinson Street and Orange Avenue. It features forward Alex Morgan and goalkeeper Ashlyn Harris, who both also play for the Orlando Pride.

The mural was painted by Samantha Shumaker, who has exhibited work all over Orlando (including an award-winning Orlando Weekly cover).

“I wanted to make them look like superheroes,” Shumaker told a local television station. “Soccer is a very high-energy sport, so I wanted to capture that high energy."

Along with the campaign comes the launch of the U.S. Soccer app. Fans can use the app to gain access to exclusive content about the team when they align their phone with one of the murals.

The FIFA Women's World Cup kicks off on June 7th, and the United States' first match will be on June 11 against Thailand.