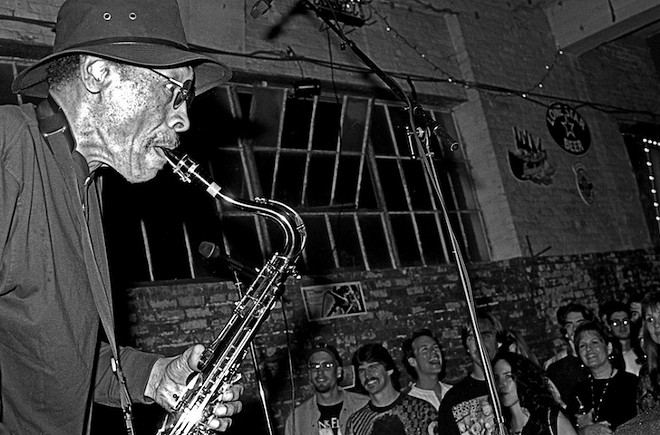 Orlando jazz heads and experimental music fiends alike will rejoice at the news that Lithuanian (!) label NoBusiness Records is starting an extensive reissue and archival CD release campaign of music from free jazz titan Sam Rivers, who called Orlando home – and played on local stages extensively – from the early 1990s until his passing in 2011.

The ever-prolific Rivers will be anthologized in audio with the Sam Rivers Archives Series, kicking off with a 1971 trio recording from Boston, titled Emanation (the cover art is a knockout). From there, music from any period of Rivers' career is fair game, with eight compact discs planned in the series, all with the cooperation of the Sam Rivers estate. And that "fair game" includes material Rivers recorded in Orlando as a trio with Doug Mathews and Anthony Cole or a quartet with Jerry Byrd, Rael Grant and Steve Ellington.

Emanation can be ordered from the NoBusiness website, but the shipping charges from Lithuania are pretty steep, so a safer bet for the CD might be New York's Downtown Music Gallery website, which has it in stock. We're also certain that savvy record stores in town would be more than happy to place a special order for you. Or you can buy it in digital format from Bandcamp. In any case, we suggest you dive in to lost works from an avant-jazz titan who improbably called Orlando home for many years.