Florida still has the most bicycle deaths in the U.S., survey finds 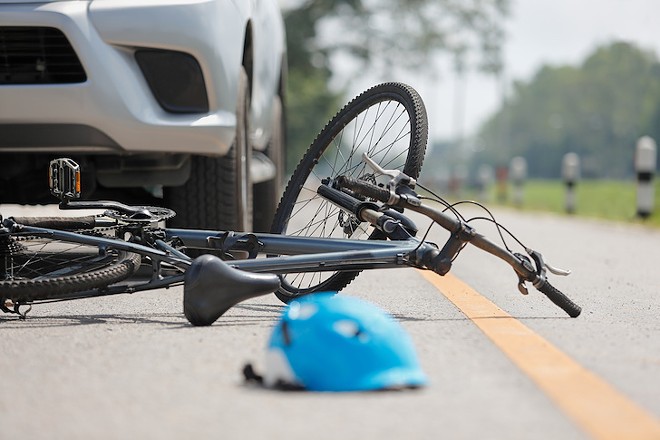 Deaths among Florida bicyclists age 20 and older have tripled since 1975, according to the National Highway Traffic Administration.

That's a stark reality to face during Bike Safety Month in Florida. In all, the latest figures show 783 cyclists were involved in fatal accidents in the U.S. in 2017 – 125 of whom, or 16 percent, were based in the Sunshine State.

Most of the deaths, the study notes, are due to relatively mundane mistakes on the part of both bikers and motorists: 38 percent of fatal cyclist accidents were caused by a biker or motorist failing to yield the right of way, 10 percent were due to a biker wearing clothing that's difficult to see at night, 8 percent were caused by a failure to obey traffic laws, and another 8 percent happened because the cyclist or motorist made an improper turn.

"Motorists and cyclists play an equal part in sharing the road," says AAA spokesman Mark Jenkins in a news release. "While motorists need to eliminate distractions and watch for people on bikes, cyclists can do their party by wearing a helmet and bright-colored clothing."

A recent survey by AAA found that among Florida cyclists, 36 percent don't wear a helmet while riding their bike; 57 percent of cyclists rode with traffic, while 21 percent ride against it, which shows a general misunderstanding for traffic laws; and 74 percent of those who actually do ride against traffic only do so because they'd rather see approaching traffic, versus having vehicles pass behind them.

"Bicyclists who do not go with the flow of traffic are putting their lives in danger," Jenkins notes. "Although it may be more comforting for a cyclist to see approaching motorists, this creates scenarios where drivers may not see them. That's because drivers do not always check for wrong-way traffic before entering an intersection. Traffic laws and safety recommendations are there to help protect you the next time you take a spin."

According to Florida's bike laws, bicyclists are supposed to be at least 16 years old and, no matter their age, they still have to wear a helmet. Cyclists are also required to ride on the right side of the road (with traffic, in other words) and in a bike lane, if that's possible. They must have a light on the front and back of their bike if they're riding at night. And, although cyclists are allowed to ride on the sidewalk, pedestrians have the right of way.

Motorists have their own anxieties about riding near cyclists, too, according to AAA. Fifty-three percent of motorists say one of their concerns is not having enough room to drive around cyclists. Similarly, 53 percent of motorists say they worry about cyclists swerving or falling into traffic, 35 percent are concerned they won't see the cyclist in the first place, and 34 percent are uneasy about cyclists using the middle lanes in traffic.

For more on Florida's bike laws and how to stay safe, click here.