Homeowners in Clearwater woke up to a massive alligator in their kitchen last night.

According to the Clearwater Police Department, the 11-foot apex predator was found inside a home on Eagles Landing Circle West, after it broke through a kitchen window.

According to the Florida Fish and Wildlife Conservation Commission Statewide Nuisance Alligator Program, most gators in situations like this are put down and not relocated. “Generally, an alligator may be deemed a nuisance if it is at least four feet in length and the caller believes it poses a threat to people, pets or property,” says the FWC.

In other words, this gator was likely relocated to a deep fryer. Last year, the program “relocated” 8,139 alligators from Florida homes.

Right now, Florida is in the middle of alligator mating season, which runs from May to July, depending on temperatures. During this period, it’s not uncommon to see large gators like this one moving long distances to find mating partners, says the FWC. 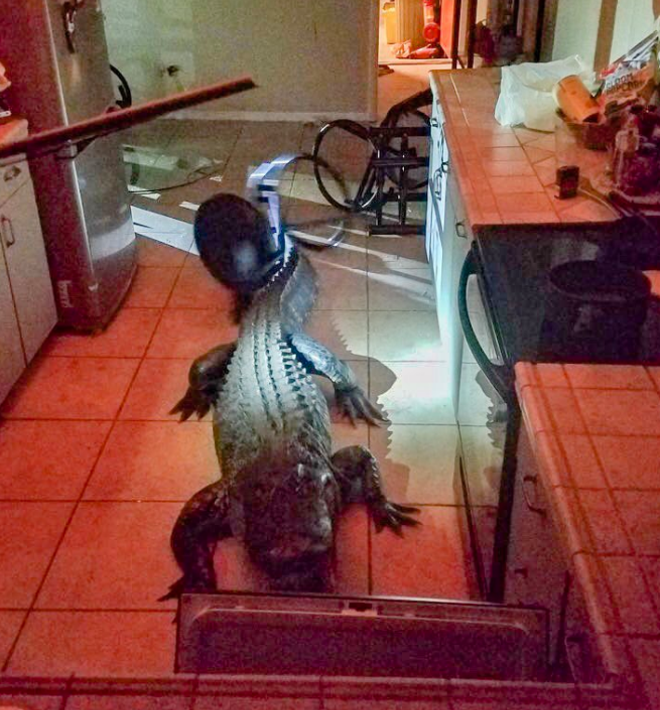