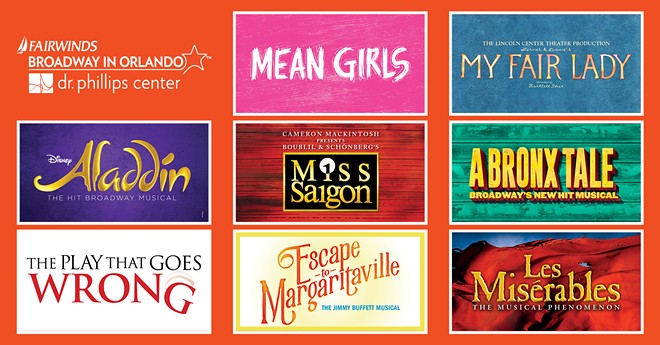 The Dr. Phillips Center for the Performing Arts announced 19 new titles for their 2019-2020 season Monday morning, including an additional Broadway touring production.

Beautiful: The Carole King Musical will return to the Dr. Phillips Center June 11-14 as an add-on to the Broadway season. The Tony Award-winning musical tells the life story of singer/songwriter Carole King, who wrote 118 songs that appeared on the Billboard charts.

The Jazz Orchestra at the Dr. Phillips Center will present four different live concerts, including one featuring special singer on Oct. 24-25, Big Band Christmas (Dec. 1), Jazz for Lovers: Songs From the Great American Songbook (Feb. 13-15) and Miles & More (May 21-23). The jazz orchestra will also provide live accompaniment to the 1978 movie musical Grease on March 6.

The center will present two other concerts centered on movies and games. Disney in Concert: Tim Burton's Nightmare Before Christmas is coming Oct. 18 and Distant Worlds: Music From Final Fantasy will arrive March 14.

The center also announced two ticket bundles available to guests for the 2019-2020 season.

The first, Prelude to Steinmetz Hall, includes performances that reflect the kind of work that will be presented at the Dr. Phillips Center's new concert hall opening in 2020. Guests who purchase this package will get pre-sale access to Steinmetz Hall's inaugural season.

Guests who purchase three of these shows save 15% and guests who bundle two of the shows will save 10%.