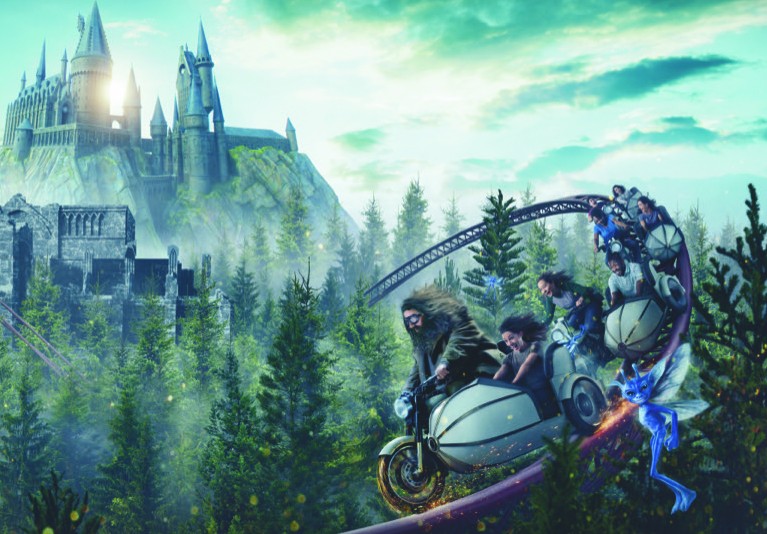 We’re just days away from the June 13 grand opening of Hagrid's Magical Creatures Motorbike Adventure at Islands of Adventure, but rumors point to some concerning issues regarding the groundbreaking launch coaster.

The ride has the most launches of any coaster in the world and is only the second in the nation to feature a vertical drop. Riders can choose between motorcycle or sidecar-style seating. Motorbike-style coasters first debuted in 2004 and have since been slowly gaining popularity. Walt Disney World is currently building their own motorcycle style coaster, the Magic Kingdom’s upcoming Tron coaster. Reaching a top speed of 50 miles per hour, the Hagrid coaster has multiple stretches where the ride vehicles are sped up rapidly only to be quickly slowed as they pass show scenes. 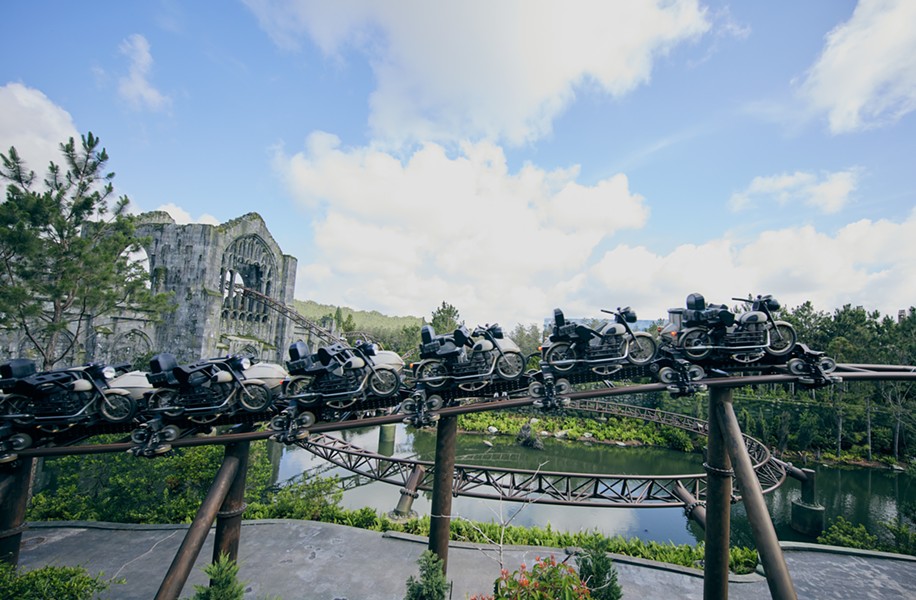 It’s this mix of ride vehicles and pacing that seems to be creating some issues with the coaster. Visible wear is already appearing on the track, with rumors of a rougher-than-expected ride experience. The rumored rougher ride also means more maintenance long-term for the attraction.

Insiders familiar with the timelines at Universal expected soft openings, unannounced openings of the ride where ride operators get used to the ride with small numbers of park guests ahead of the attraction's grand opening, to begin more than a week ago, but at this point, it is still unclear if the ride has yet to be turned over to operations, which must happen before softs begin.

This is the fourth motorbike coaster for manufacturer Intamin and the first using the full motorcycle and sidecar design throughout. While the company looks at permanent fixes for the wear and tear caused by the rough ride, the park is looking at a number of quick fixes. The most likely solution is decreasing the number of cars per ride train. This would reduce the weight but would also dramatically decrease the capacity for the ride, which is already expected to cause massive waits.

It’s not uncommon for a ride to encounter problems early on. Infinity Falls at SeaWorld and Falcon’s Fury at Busch Gardens, both of which were also manufactured by Intamin, experienced issues that pushed their opening well past the summer season. Disney also recently confirmed that two of its attractions, Mickey and Minnie's Runaway Railway and Star Wars: Rise of the Resistance, will have opening dates later than expected.

That doesn’t seem to be the case with Hagrid’s, with the problems arising far later in the process and being less of an issue. The ride, while rougher than expected, can still open on time but an updated maintenance schedule with more frequent closures and possibly new ride vehicles may be necessary in the coming years.

As of now, the grand opening for Hagrid’s Magical Creatures Motorbike Adventure is still on for June 13, but annual passholder previews and any significant softs have yet to be confirmed, though some soft openings are expected before next week's grand opening.