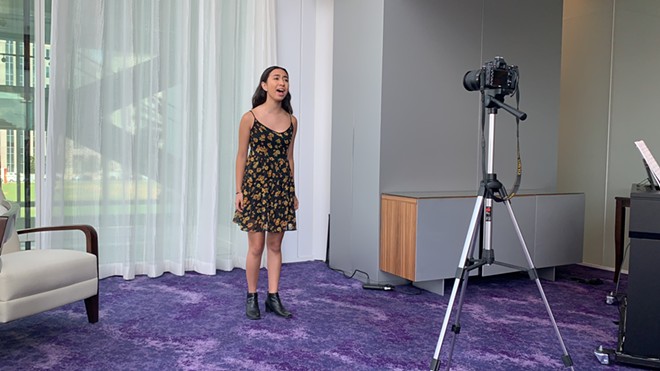 Thomas Dyer from Lake Nona High School and Hannah Restuccia from Timber Creek High School will participate in the awards later this month.

Also known as the Jimmy Awards, the awards consist of a 10-day intensive at NYU Tisch School of the Arts culminating in a showcase at the Minskoff Theatre on Broadway.

The two nominees were chosen from a pool of performers awarded Outstanding Lead Performer at the Applause Awards, the Dr. Phillips Center's local version of the Jimmy Awards.

Orlando Weekly got a special look at the nominees' preparations to go to New York: