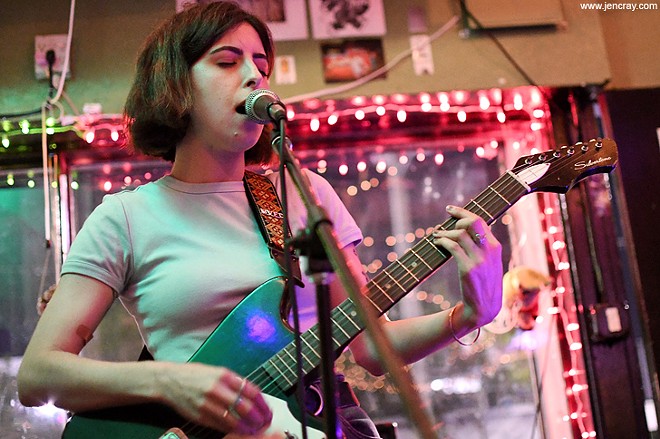 Body Heat usually perform as a full band, but tonight they played as a duo, with only the creative core of Deanna Dorta and Matthew Horner. They may have arrived like Jack and Meg but the duo were a little more than the typical guitar-and-drums outfit.

Horner augmented his standard drum kit with an electronic drum pad that helped fill out their rhythm section, and Dorta even slid over to the keyboard for a much more electronic-bent song. But even without their full corps, the performance was enough to convey the cogency of their textured melodies. 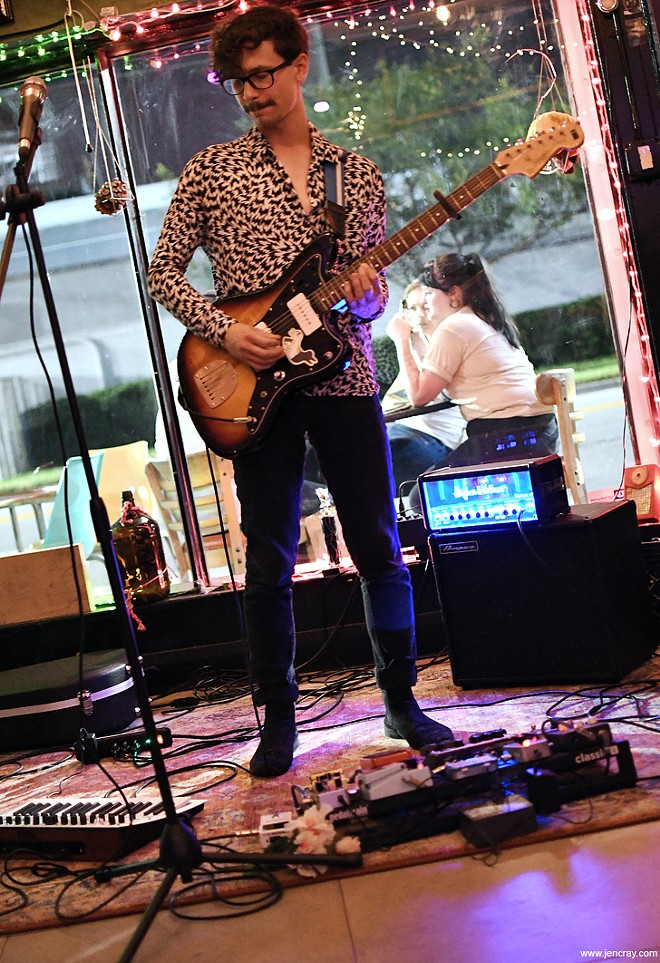 Although opener Dearest has become a band more recently, the post-rocking dream pop vessel for Orlando artist Tracy Farah returned to its solo origins for this show. The newer expanded band looks are certainly a great evolution. But on his own, Farah’s assured and ever-deepening looping chops again showed how secondary everyone else is in the Dearest schema.

And despite the back-to-basics arrangement and intimate milieu, this was one of Dearest’s more sonically assertive displays that climaxed with Psychocandy-esque feedback and yelling into the guitar. Add in Farah’s growing sophistication with integrating the keyboard into his tapestry and you’ve got an act of constant blossoming.

Also opening was Lexi Long, a young Orlando artist that’s emerged more in the last year or so. With her fair and airy voice, she could easily coo sweet lullabies in her sleep. 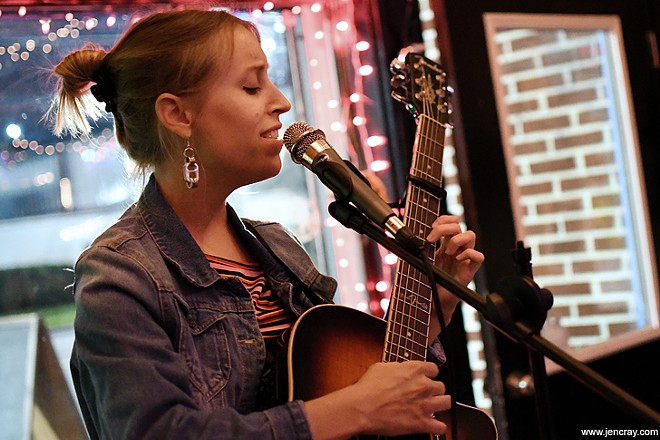 Instead of doing the obvious, however, her crystalline, spider-woven indie pop exhales with intriguing detail and a beguiling left-field sensibility. Even without the autoharp she enchanted with the last time I saw her, Long remains proof that pleasant and interesting need not be at odds. 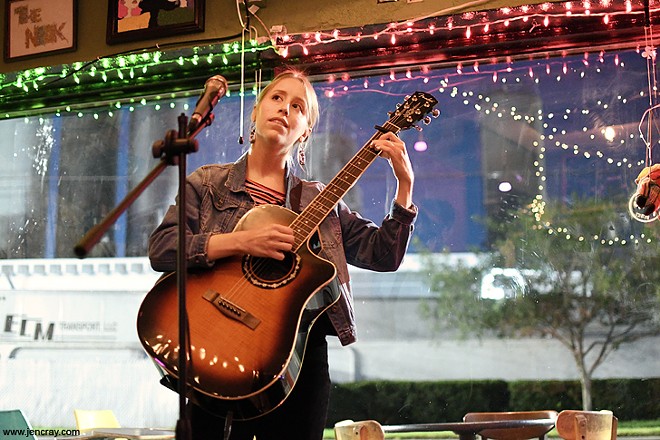