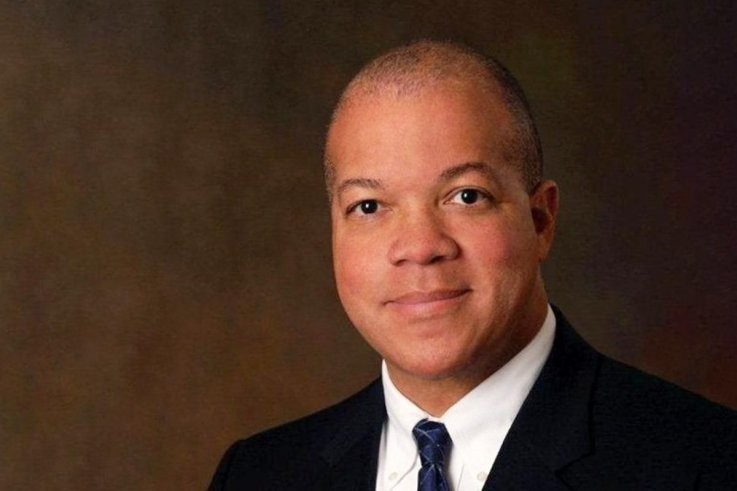 A week after an audio clip surfaced in which state Rep. Mike Hill can be heard laughing at a question about whether he should introduce Bible-based legislation to kill gay people, the Florida Republican released a statement late Tuesday not exactly apologizing for his callous response, but rather for not correcting his constituent’s knowledge of Bible verses.

In a statement first given to a radio talk show host, the lawmaker said he wished he had pointed out that the Bible verse that the constituent had based his horrible comment on was actually incorrect.

“Specifically, one man I had never met said the Bible in 1 Corinthians calls for a man having an affair with another man to be put to death. If the man was referring to 1 Corinthians 6:9-10, that text says nothing about anyone being put to death. It simply states people who practice various sins will not inherit the kingdom of God,” said Hill in the statement. “I apologize for not directly responding to the fact that the premise for this question was inaccurate.”

“I deeply regret how the tone of my response to a constituent was received at this event,” added Hill. “I believe that no matter one’s race, sexual orientation, religious affiliation, economic status or otherwise, that all lives are created equal in the image of God.”

Hill, who recently said God told him to file an anti-abortion bill, also appeared on QAnon conspiracy theorist Ann Vandersteel's show today to discuss the apology, a move that will surely satisfy the tinfoil-hat caucus.

For those of you just catching up on this story, while speaking at an event sponsored by Women for Responsible Legislation in Pensacola two weeks ago, a man said to Hill that the “Bible's 1 Corinthians calls for a man having an affair with another man to be put to death.” Hill then replied, "It says that in the Old Testament, too.” Another man asked, “Can you introduce legislation?," to which Hill chuckled, "I wonder how that would go over?”

Since then, Republican Party of Florida Chair Joe Gruters, House Speaker Jose Oliva and Rules Chairman Chris Sprowls have all condemned Hill’s comments and called for an apology. Noticeably, they all stopped short of calling for his resignation.

It's also worth noting that Hill’s recent “apology” comes after he first denied even having the encounter at all. Of course, this changed once the audio clip, which was first obtained by the Pensacola News Journal, surfaced. Hill then spent the next few days stating that he was taken out of context, the whole controversy was merely “fake news,” and that he was a victim of “social media lynching.”

Rep. Carlos Guillermo Smith, an Orlando Democrat who is openly gay, has been the most critical of Hill, and said that he will continue to call for his resignation. “That non-apology looked more forced out than the last glob of toothpaste in the tube,” said Smith in a recent Twitter exchange.

“There’s no apology to his colleagues, no apology to the House, or to LGBTQ Floridians,” said Smith to the Tampa Bay Times. “I didn’t even understand the statement at first. He’s apologizing for not correcting an inaccurate Bible verse?”

Equality Florida seemed to agree with Smith, calling Hill “unfit to serve,” among other things.

None of this should be surprising. Hill has a long history of homophobic rants. There's the time he suggested we replace the term "LGBTQ" with a question mark to "cover the whole thing," or the time he said "America is already being judged, witness the homosexual movement and abortion," or that time he said members of the EU leadership "all cross their legs like they are gay."