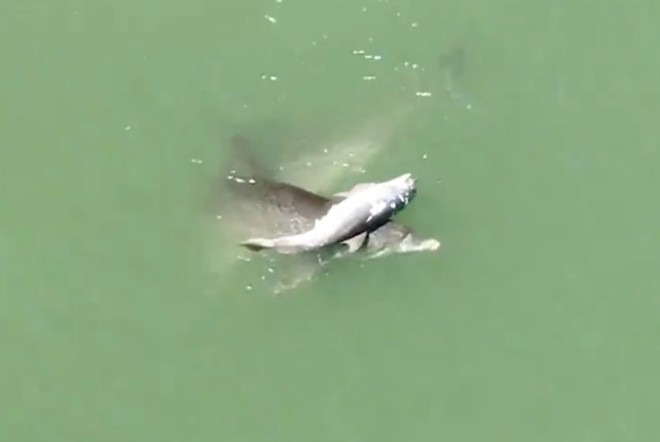 A new video circulating on Twitter does nothing but tug on your heartstrings.

The video, posted by Twitter user @SeeThroughCanoe, appears to show a grieving mother dolphin spotted near Indian Shores Beach in Pinellas County, as she arduously pushes it through the water with her nose.

The canoe company suggests that that calf could have been hit by a boat, but the cause of death remains undetermined.

Mother #dolphin not ready to let go of her dead calf and pushing it through the intracoastal waterway.
It's hard to say for sure without examination, but the calf may have been hit by a boat. Please don't assume that because #dolphins are fast that you won't hit them. #sad pic.twitter.com/Le2MAwvPIB

For decades scientists have researched the emotional intelligence of dolphins. Studies by the Smithsonian and Sciencemag.org, and most recently by Zoology in 2018, have proven that dolphins do participate in rituals surrounding the dead and dying, often staying with the deceased dolphins for several minutes, sometimes hours, after death.

Dolphins being attached to their deceased kin might not be an example of grief or sadness in a human sense, but it’s still heart-wrenching to witness.

The original tweet is followed by a thread of hundreds of (completely acceptable) crying emojis.