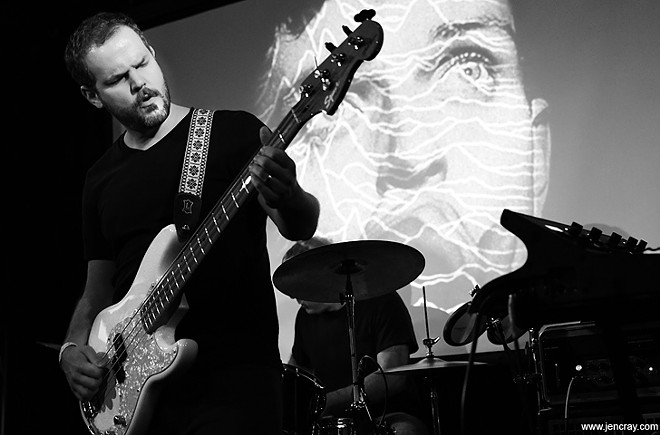 To celebrate the 40th anniversary of Joy Division’s Unknown Pleasures down to the month of its original release, some local musicians convened to give the landmark debut album the stage treatment under the smirking, vegan-friendly moniker Soy Division. Until we reach the saturation point where nobody can take another Joy Division tribute, Peter Hook shouldn’t be the only one to have all the fun.

Soy Division is essentially Orlando band the Cosmic Roots Collective (Wheeler Newman, Paul Mauceri and Ronnie Brannan) plus co-vocalist/guitarist David Mazza, who all formed specifically to honor this album’s anniversary. And in theory, the idea seems perfectly fun. But from the healthy stream of original alternative scenesters that began to fill the spot, I started to pray these guys took on the task with some faith and seriousness. 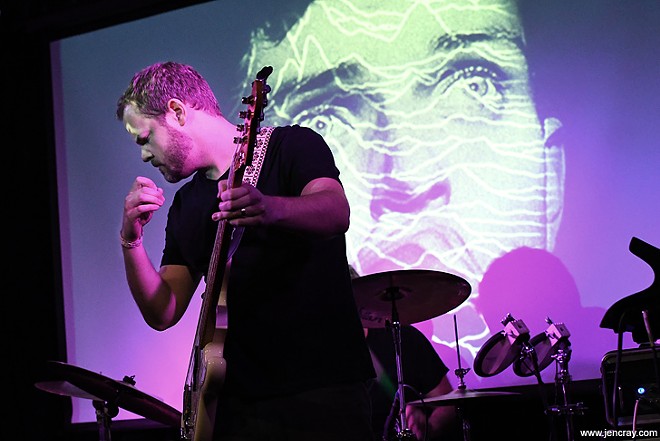 With sacred cows like Joy Division, you’re going straight to the very headwaters of post-punk. That’s hallowed ground. Fuck around with it too much and you could have whatever passes for a riot at this age. And from the looks of them, most of the people in attendance didn’t seem likely to be cognizant of, much less sympathetic to, anything called the Cosmic Roots Collective.

DJ NM (Überbahn/Panic!) spun era-appropriate cuts. Orlando gaze-rockers Sad Halen, even down a bassist, played a decent set. And just for the occasion, local band the Grizzly Atoms dropped a very well-executed cover of the Cure’s “A Forest” that really tapped the night’s essence and got things up to appropriate cruising altitude. 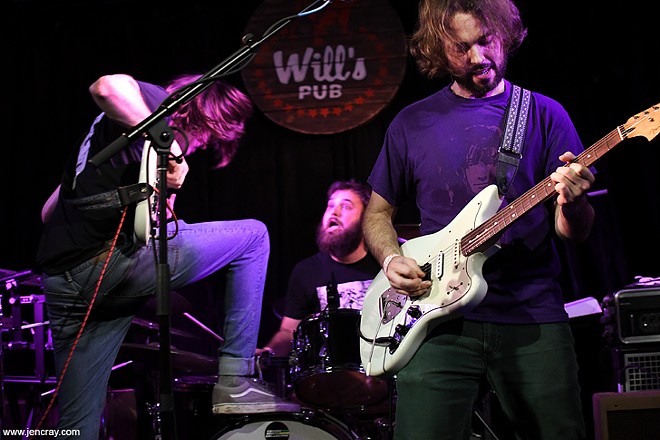 But this event was about honoring the spirits of the post-punk gods. And Soy Division put in the work and came correct. Rather than any of the usual tribute-band wardrobe gimmicks, these guys focused exclusively on their sound. And sonically, they were one of the most accurate homegrown cover acts seen in a long time, playing live with the kind of vivid fidelity that doesn’t lean on the glow of nostalgia to fill in the blanks.

Between the impressively replicated sounds and two singers who are more tonally precise to Ian Curtis than Hooky, Soy Division rendered the classic alternative fantasy with enough exactitude and respect to play like a reverent, underground Classic Albums Live. There are already talks of doing it again next year for 1980’s Closer. 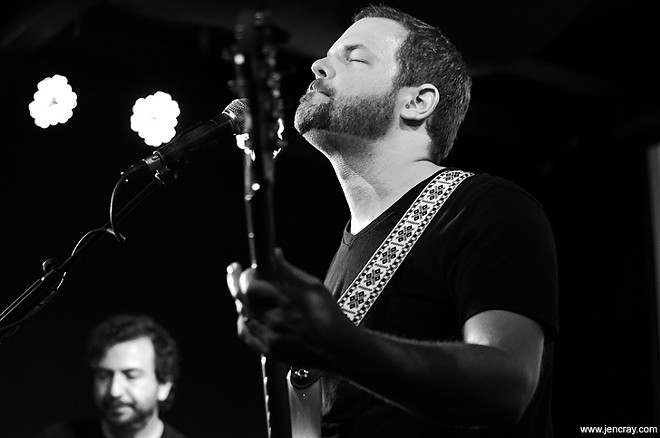