The future of airport security is now in Miami and Tampa 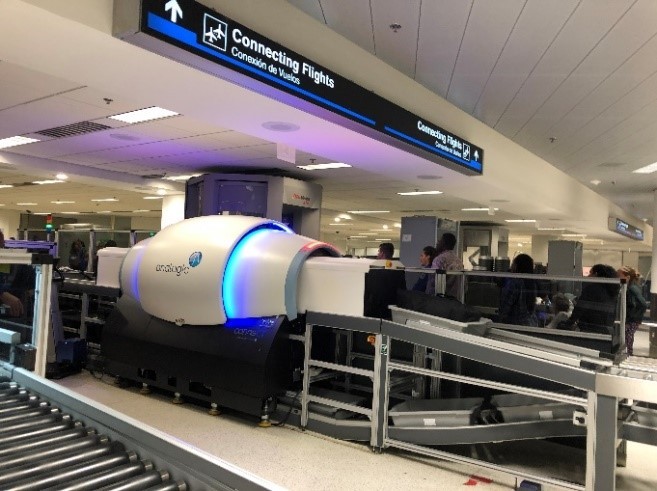 Miami International Airport and Tampa International Airport are now home to some of the most technologically advanced TSA scanners in the nation. The new computed tomography (CT) scanners are similar to ones used in the medical field and allow for a 3D image of the contents of travelers' bags, with the TSA agent able to manipulate the image on three axes to better see inside.

Current scanners only allow for a limited 2D image. The enhanced image means electronics, like laptops, can remain inside the carry-on bags. TSA has said that they hope the 3-1-1 liquids that are currently allowed in carry-ons but have to be removed can eventually also stay in bags. As well, the CT scanners have a smaller footprint than current X-ray scanners.


“We are extremely proud to be one of the first 18 airports chosen by the TSA for this first wave of CT screening technology deployment. Considering that there are 434 airports nationwide with traditional X-ray screening, we are honored to be on the frontline of evaluating new security enhancements. In addition to increasing screening accuracy, the new CT scanners provide travelers the convenience of keeping electronic devices inside their carry-on bags and may soon allow them to keep approved liquids inside as well, which is welcome news.”

CT scanners have already been used to review checked luggage. Both the checked luggage versions and the new carry-on ones have automatic detection of bulk and liquid explosives.

TSA began introducing the new scanners in 2017 after a pilot program at two airports. In 2018 the test program expanded to 15 airports, mostly in the northeast and western U.S. After two years of testing various CT scanners, TSA awarded a $96.8 million contract for 300 Computed Tomography (CT) systems to Smiths Detection in March. TSA administrator David Pekoske called the update to the CT scanners “the most consequential technology deployment to [TSA] checkpoints in the recent history.”

Miami and Tampa each have just one of the new CT scanners; more than 145 units are expected to be installed at airports across the country by the end of 2019.

This is just one of the emerging technologies that TSA is looking at to enhance safety at the nations' airports. Biometrics technologies, such as the facial recognition program at Orlando International Airport, and Automated Screening Lanes are also in the works at airports across the country.