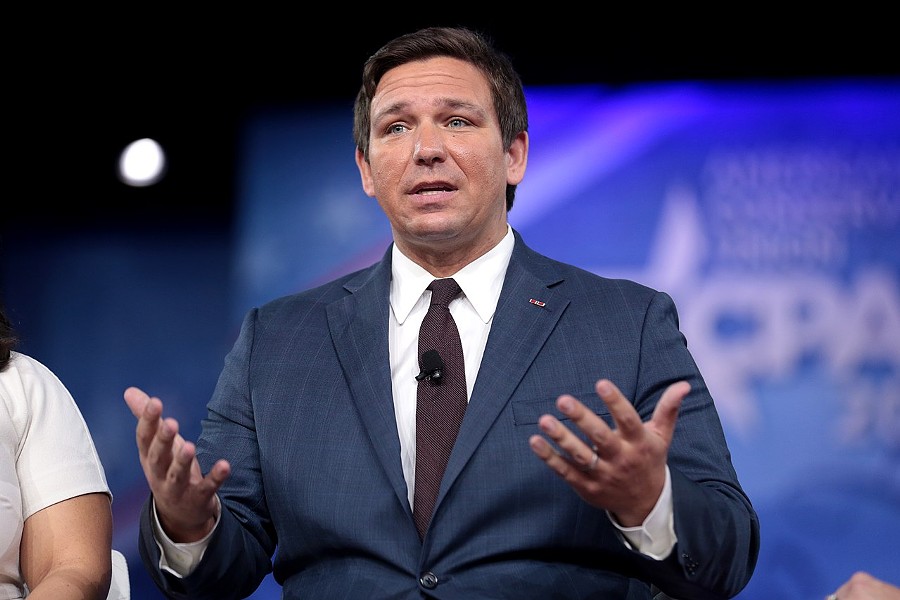 On Wednesday during an event in Jacksonville, Gov. Ron DeSantis suggested that perhaps the state should hold a separate election for proposed constitutional amendments to help declutter the ballot.

"If we're going to do these amendments, maybe have those be stand-alone elections," DeSantis said in response to a question about HB 5, which places extra hurdles in the way of constitutional petition drives, the Associated Press reported. "Maybe it would cost a little more money for the state, but at least people would know when they're going, 'that's the reason I'm going.'"

The new law, which DeSantis signed last week, requires paid petition gatherers to register with the Florida Secretary of State, bans compensating gatherers based on the amount of signatures they collect, and imposes fines if petitions aren't turned in to the state within 30 days.


DeSantis also said he wants to do more to change the process of amending the constitution.

One reason to hold a separate election for constitutional amendments would be to shorten general election ballots, he said.


There were in fact 12 amendments on the ballot – seven of which were included by the Constitution Revision Commission, which convenes once every 20 years to review changes to the state Constitution. Voters approved 11.

Several state lawmakers tried to kill the CRC last year during the legislative session, but failed. Now, it seems DeSantis would like to do the same.

"To put all those amendments on when you have two or three different subjects in one amendment, I thought it was a joke. And voters are fatigued with this. The ballots are too long," DeSantis said.

He added: "I've had voters who are way smarter than me say they didn't understand some of these amendments."