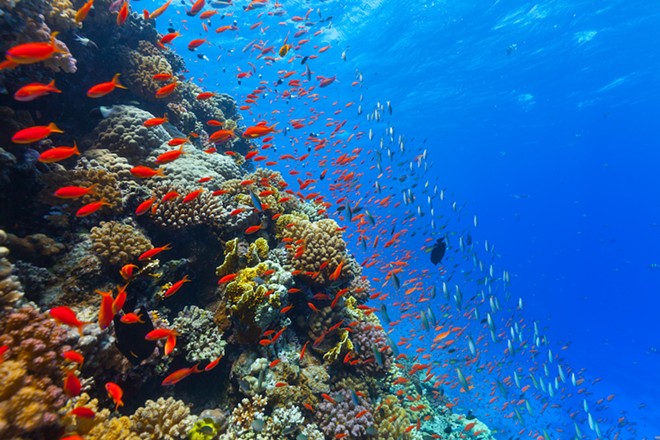 Almost a decade after the 2010 Deepwater Horizon oil spill, government agencies are still spending millions of dollars to restore the Gulf of Mexico.

The Open Ocean Trustee Implementation Group is planning to spend about $130 million over the next seven years to study, restore and manage deep sea habitat, including coral communities in the Gulf.

Sandra Brooke, a deep sea coral scientist with Florida State University, says the project aims to restore damaged habitat for fish, sea turtles and other inhabitants of the ocean's middle and lower depths.

"We're trying to identify areas that are not in conflict with any existing fishery, but are extremely valuable in terms of conservation, so that those areas will be protected," she explains. "So, if and when whichever fishery it is starts moving into the deep sea, at least we have those valuable areas protected."

Public comment is being taken about the plan through the end of June.

Holly Binns, who specializes in preserving marine life along the Gulf Coast and the U.S. Caribbean region, says she's thankful for the council's efforts, because once the coral is gone, the damage is almost irreversible.

"The council restricted the use of damaging fishing gear — like trawls and traps, anchors and long lines — because those can break or smother those corals," she states. "But things like trolling and other hook-and-line fishing would still be allowed, because that kind of fishing normally doesn't affect the deep ocean floor where these corals live."

Binns says an extra benefit of these restoration plans is the development of better maps to locate coral reefs and other ecosystems in the deep ocean that will help protect all that is known and unknown.

"This habitat is in very deep water," she points out. "It provides shelter, food and homes for a variety of marine wildlife — everything from crabs and sharks, to deep water fish like snappers and groupers."

Restoration projects are funded through a $20 billion settlement fund with BP, the oil company that owned the Deepwater Horizon rig.

Comments for the deep sea habitat restoration project can be made by letter or online with the U.S. Fish and Wildlife Service. A comment period on the plan to protect coral areas is expected to open in July or August.

Support for this reporting was provided by the Pew Charitable Trusts.