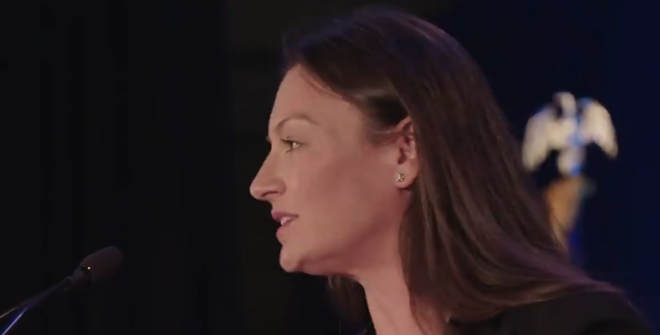 Florida Agriculture Commissioner Nikki Fried, the state’s top elected Democrat, on Monday welcomed President Donald Trump to the state by blasting him and other Republicans on women's rights.

Fried posted a video on social media, highlighting a speech she gave to Florida Democrats during the state party’s annual Leadership Blue gathering this month. In that speech, she put a major focus on fighting back against legislation that restricts abortion rights.

Democrats, help me welcome @realDonaldTrump to Florida by reminding him what we stand for — and against.

Don't grab us.
Don't take our rights.
Don't @ us with your vile politics.

Fried released the video on the day before Trump will hold a rally in Orlando to formally announce his 2020 re-election bid. Trump also tweeted Monday in advance of the rally, announcing plans for “building large movie screens outside” the Orlando venue to “take care of everybody.” He said an estimated 100,000 people have requested tickets for the event.