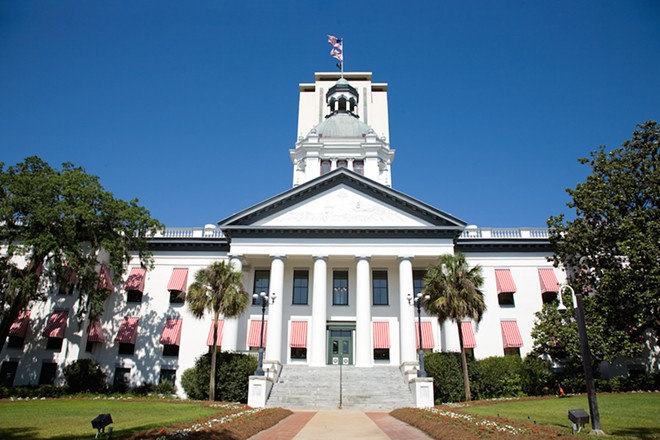 A top attorney for Gov. Ron DeSantis last week refused to answer questions during a congressional interview about the “key role” he played in adding a citizenship question to the 2020 U.S. Census while working in the Trump administration.

Ferre, speaking on behalf of Uthmeier, said his decision was at the direction of legal counsel for the U.S. Department of Commerce.

“No Executive Office of the Governor staff were involved in any way in Mr. Uthmeier’s voluntary participation in the transcribed interview,” Ferre said in a prepared statement.

But Uthmeier came close to being subpoenaed as the interview request “had been outstanding for months,” according to a June 5 news release from the House committee.

The committee has sought his testimony to learn about his “key role in communications leading up” to the administration’s decision to incorporate a citizenship question in the census.

The Trump administration’s plan to include the citizenship question in the census questionnaire beginning in 2020 has led to a legal battle that is pending at the U.S. Supreme Court. With a ruling expected in the coming weeks, concerns have been raised that having such a question could lead to an undercount of the nation’s population, particularly in immigrant communities.

The concerns have been backed by John Abowd, the chief scientist at the U.S. Census Bureau, who warned Ross that adding a citizenship question to the census will be “very costly, harms the quality of the census count, and would use substantially less accurate citizenship status data than are available from administrative sources,” according to an internal Census Bureau memo released by the House committee.

A potential census undercount in 2020 could impact how many congressional representatives Florida will have for the next decade and how much federal funding will be distributed in the state. It also could affect how state legislative districts are drawn, as the reapportionment process uses census data.

It remains unclear whether DeSantis supports the Trump administration’s decision to include a citizenship question. His office did not immediately respond to requests for comment. But DeSantis’ predecessor as governor, U.S. Sen. Rick Scott, R-Fla., said it’s “common sense.”

Florida Senate Democrats have expressed worries about a census undercount, saying it could put at risk millions of dollars in federal funding. They are trying to rally support to create a Statewide Census Count Committee.

“The census will determine our state’s fair share of congressional representation and assure we receive the maximum amount of federal funding for Florida over the next decade,” said state Sen. Victor Torres, D-Orlando.

The push would require action by DeSantis through executive order, Torres said.

Senate Minority Leader Audrey Gibson, D-Jacksonville, and Powell are backing Torres’ proposal. Both said they have not talked about the issue with DeSantis or Senate President Bill Galvano, R-Bradenton. They said they will in the coming weeks.

“It makes sense,” Gibson said. “We have to be very vigilant in making sure we get a complete count.”