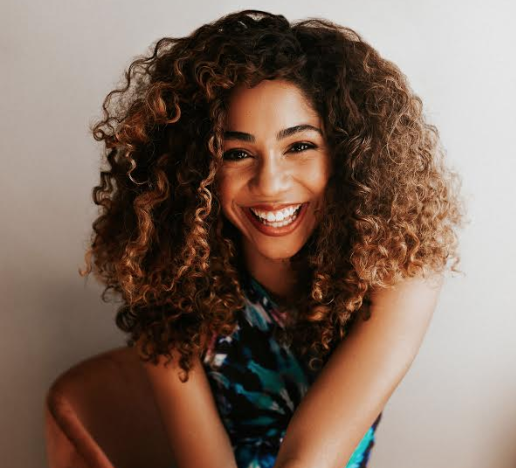 Since Jerusha Cavazos was 10 years old, her dream has been to be on Broadway.

When Cavazos, a 26-year-old University of Central Florida alumna with a Bachelor of Fine Arts in musical theater, was cast in her first Broadway musical, The Prom, her dreams quickly turned into a reality.

"My father had a career on Broadway in the '80s and I grew up listening to his stories," says Cavazos. "It was never his intention for me to fall into the same craft, but I believe you cannot outrun your destiny. And this is mine."

The Prom tells the true story of a teenage girl in Indiana who wanted to
take her girlfriend to the prom, but was denied by the school, until four
Broadway stars flew in from New York to make it happen.

Although the musical did not win any awards this year, Cavazos says there were many other lessons to be learned within the story.

"The main message of the musical is one of respect and love, acceptance and
kindness, especially to those whom we might disagree with or see life differently from," says Cavazos. "It’s about coming to terms with our own prejudice and fear and finding a love that unites us all."

However, The Prom musical holds an extra special place in Cavazos's heart. In 2016, Cavazos lost one of her close friends in the Pulse shooting. She says that it has forever changed how she looks at life.

"The show is important because no matter who we are or what we’re
into, we need to feel accepted and loved and celebrated – like we’re worth being loved," says Cavazos.

Cavazos plays several roles in the ensemble, but says her favorite character is a classic nerd. She says that she enjoys bringing a sense of fun into every character that she plays.

Although Cavazos's roots are in the city of New York, she says that in Orlando she built an amazing group of friends and support through both her church and the Disney and Universal community.

Cavazos also says her experience at UCF was excellent because she made use of the many resources available and was blessed with a family who supported and motivated her through it all.

"Never listen to the naysayers, the dream stealers and the joy killers," says Cavazos. "Don't let anyone or anything stop you from your dreams."