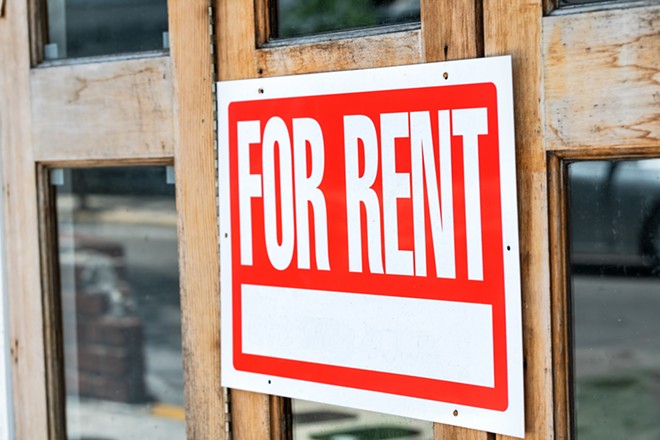 Minimum wage earners in the Orlando-Kissimmee-Sanford area have to work 85 hours a week to afford a basic studio apartment, according to the annual National Low Income Housing Coalition's Out of Reach report.

And that's cheapest scenario, the report says. For minimum wage-earning Orlando-Kissimmee-Sanford metro area residents to afford a one-bedroom apartment, they'd have to work on average 91 hours to make rent each month; for a two-bedroom, 108 hours; for a three-bedroom, 143 hours; and for a four-bedroom, 171 hours for the fair market price of $1,879.

The state's minimum wage is currently $8.46 an hour.

The report defines "affordable" as the cost of rent and utilities not exceeding 30 percent of household income. It's based on an estimate of the hourly wage a full-time worker must earn to afford a modest rental home at the Department of Housing and Urban Development's fair market rent value.

The fight for affordable housing isn't new to Central Florida.

In early April, Orange County Mayor Jerry Demings launched the "Housing for All" task force, a six-month effort that seeks to combat and find practical solutions to the region's ongoing affordable housing crisis.

In announcing the task force, Demings noted that upward of 110,000 Orange County households spend more than 30 percent of their gross income on housing, according to estimates from the U.S. Census Bureau.

A March report from the NLIHC found that the Orlando-Kissimmee-Sanford area currently has only 13 affordable and available rental homes for every 100 very low-income renter households.

An April report from the government-sponsored mortgage lender Freddie Mac also ranked the Orlando-Kissimmee-Sanford area as No. 5 among the top 20 most rent-burdened metropolitan statistical areas in the country.