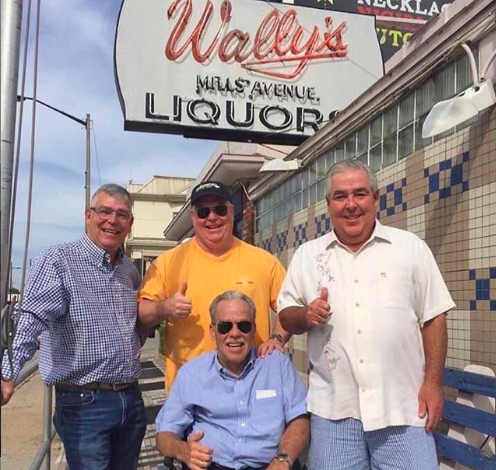 It's been a week of strong feelings and controversy in Orlando – friends and neighbors shouting at each other, angry phone calls and arguments.

No, we don't mean the Trump 2020 rally ... we're referring to the newly refurbished and reopened Wally's Mills Avenue Liquors.

We're not sure Minesh Patel and Reid Pasternack quite appreciated the seriousness of the mission they were undertaking when Patel purchased and Pasternack redesigned the bar, but maybe no one would try anything big if they knew how hard it would be. The reviews so far (and let's just stress that the place has been open for LESS THAN A WEEK as of this writing) have been mixed to say the least – and not mixed in a "meh" way. People either think the cocktail menu and spiffy decor are the best new thing in town, or they violently grouse about its failure to replicate the specific charms of the old Wally's (smoke, cheapness, jukebox too loud to talk). Basically, new Wally's is the Disney version of old Wally's, and hey, a lot of people like Disney.

But there's one Orlando man whose opinion everyone's been waiting for, and he just delivered it.

John Morgan, the larger-than-life Orlando lawyer and bon vivant, was a staunch Wally's supporter for years. Everyone has at least one story of seeing him out or being lucky enough to be there when bought a round for the bar. When word got out that the original owners were selling up, Morgan was the first to vow he'd buy it and preserve the traditions.

As we know, that's not what happened, and whether you love it or hate it, everyone's been low-key wondering what he'd say. Today the mystery resolved itself.

Sorry to report I will not be a customer of @wallysmills50. I liked it because it was a dive bar w/ strong drinks & real people. We‘ll now go to @caseysoncentral. Drinks for a good price, great popcorn & great atmosphere. They say you can never go back. I‘m afraid it’s true. #RIPWallys


On Sunday Morgan posted on Instagram: "Sorry to report I will not be a customer of @wallysmills50. I liked it because it was a dive bar w/ strong drinks & real people. … They say you can never go back. I‘m afraid it’s true. #RIPWallys"

Ouch. That's gonna leave a mark, as they say.

Or not! As we said, a lot of people are just fine with a cleaner, shinier version of the old thing. And in the meantime, Morgan says, you'll find him doing his drinking in downtown Orlando:

All hail John Morgan, a real one.