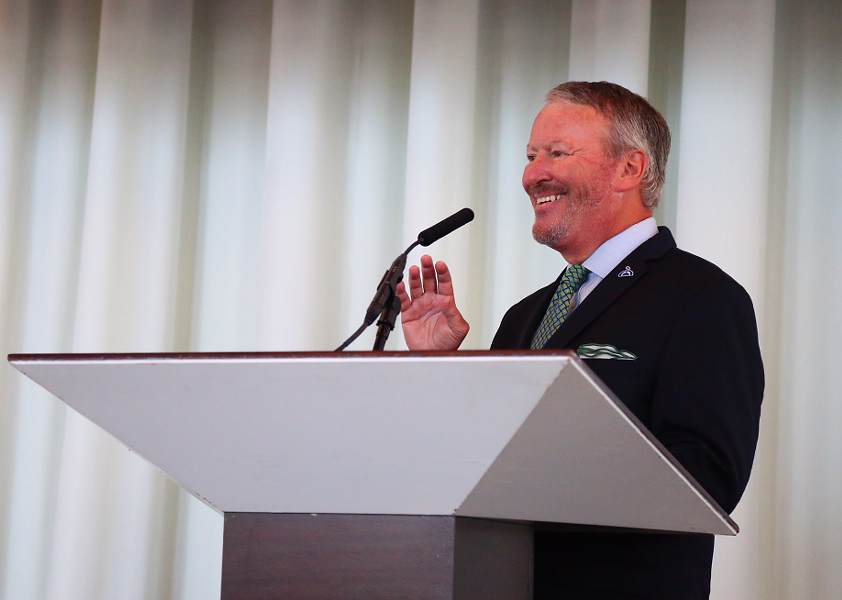 On Monday, Orlando Mayor Buddy Dyer delivered the annual State of the City address, in which he highlighted the city's future in innovation, its ongoing sustainability efforts and work to reform the region's affordable housing crisis.

In his speech, Dyer stressed the city's progress in becoming "America's premier future-ready city," referring to the use of 5G technology to enable initiatives such as self-driving buses in Lake Nona, the city's plans to add 100 electric vehicle charging stations, and the plan to convert the city's fleet of cars and buses to electric by 2020. City officials are developing what Dyer called a "future-ready master plan," which will serve as a road map to address current and future challenges. Dyer also touted Orlando's potential to attract entrepreneurs leaving California's Silicon Valley to the City Beautiful.

"Our future depends on our ability to attract and grow talent, take advantage of technological advancements, and our ability to expand opportunity for everyone," Dyer said.

Of Central Florida's lack of affordable housing, Dyer said, "The City Beautiful cannot fix this problem alone," noting Orlando's investments in combating the region's affordable housing crisis. "But we are willing to do our part. In the last five years, we've invested nearly $32 million to create or preserve housing options for residents at all income levels."

"We should be proud of the work we've done through our Housing First initiative. Ninety-six percent of the chronically homeless individuals and veterans we've placed into permanent supportive housing are still housed today," Dyer said. "But we're nowhere close to declaring victory. That's why in the last year alone we dedicated $3.5 million to support our regional partners in addressing homelessness."