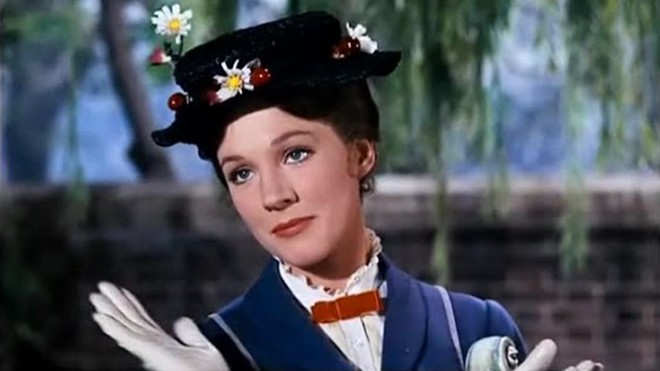 With the D23 Expo, Disney’s biennial in-house con, less than eight weeks, away the typical speculation and guessing of what will be announced at it is shifting into high gear, but this year Disney looks to be taking a different approach with the rumors inevitably crop up ahead of the event. The expo is always filled with major new announcements for the company’s film, television, and theme park divisions, but it’s the parks and resorts panel that seems to always get to the most attention in the weeks leading up to the event.

This year the Parks and Resorts panel has been moved from its typical Saturday afternoon time slot and instead will help close out the expo on Sunday morning. The company also seems to be remaining far more secretive with this year’s announcements.

In 2017, speculation regarding many of the announcements was running rampant through Disney fan sites. Even before the expo began much of what was to be announced was already well known. Starting a few weeks ago, the same thing seemed to be happening yet again this year, but now the usual pre-expo speculation has taken an interesting turn.

After a fan ran site known for its rumors posted details on Disney supposed plans to close both the Land and Living Seas pavilions at Epcot, Disney responded both via the official Walt Disney World Twitter account and via the Disney Parks Blog confirmed that both “staple” pavilions will remain “into the future.” This acknowledgment was surprising to many since Disney rarely comments on any rumors, staying mostly silent regarding the seemingly countless rumors regarding the parks.

The same site that posted the Epcot rumor then published a story regarding the Country Bears animatronic show, going so far as creating a separate website devoted to helping fans voice their displeasure with the rumored closure and Toy Story redo of the attraction. Then last week the same fan site posted yet another rumor-based article, this one regarding the Enchanted Tiki Room. The headline stated that the beloved Walt Disney-designed attraction would be “replaced” while the opening paragraphs stating that the animatronic show was on “on the chopping block” and would be “shuttered” for a new Moana themed attraction. The double whammy of Country Bears and Tiki Room both possibly being shut down for new attractions struck a chord with the WDW fan community, with epic levels of outrage focused towards Disney. Within hours of the Tiki Room rumor post being published the Disney Parks Blogs posted an unprecedented blog post stating that the rumor was untrue while saying that the story came from “unscrupulous” sources.

The post on the Disney Parks Blog was only focused on the Tiki Room rumor, which many, including the fan site previously mentioned, took as confirmation that the Country Bears replacement was therefor happening. That speculation though was short-lived. In a second blog post the following day, the Disney Parks Blog confirmed that “contrary to rumors, Country Bear Jamboree is not going into hibernation any time soon.”

The strange past four weeks of Disney commenting on rumors points to a new chapter for the company but what they stated precisely is very important to understand what may be in the works and announced in the coming months.

Notably, the Tiki Room post on the Disney Parks Blog only confirmed that the birds wouldn’t be replaced, it never denied possible new additions or updates to the show. The same seems to be true for the Country Bear Jamboree where possible new songs or show scenes may be added.

All three of the recent posts by the fan site seem to point to internal blue-sky concepts that other sites have also mentioned. These yet to be confirmed concepts include nearly every classic attraction at the Magic Kingdom and Epcot getting ‘pluses’ ahead of the WDW 50th Anniversary in 2021. According to other sources, including those on the WDWMagic forums, updates may be coming to Big Thunder Mountain, it’s a small world, Haunted Mansion, Pirates of the Caribbean, the Enchanted Tiki Room, Tomorrowland Speedway, Carousel of Progress, the PeopleMover, Spaceship Earth, Living With the Land, and the Tower of Terror. The updates, especially those in Epcot, may not happen ahead of the 50th Anniversary in 2021 but may be announced prior to it. 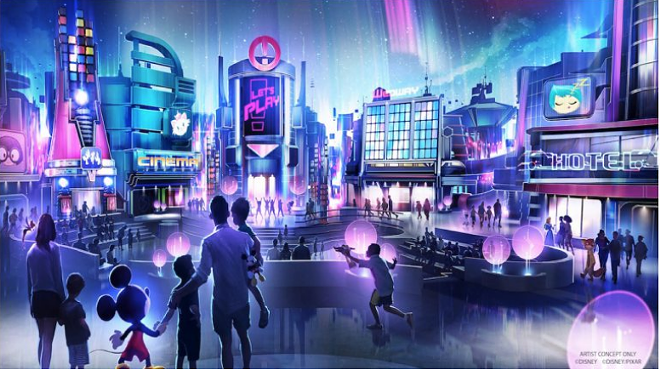 Updates for the films in Epcot’s China and Canada pavilions are all already confirmed. A new educational film has been announced for The Land pavilion and a Beauty and the Beast singalong attraction is slated for the France pavilion’s movie theater. This all on top of the previously announced brand new play themed pavilion, new entrance plaza, and two new cutting-edge attractions that are in the works for the park. Disney has already confirmed that even more details regarding the multi-year transformation of the park will be shared at this year’s D23 Expo.

The details regarding the rumored 50 updates ahead of the 50th Anniversary may be announced in Anaheim at D23 Expo. The most substantial rumored update, and one that dates back years now, points to a significant retheme heading to the Tomorrowland Speedway with nearly every other rumored attraction update being much smaller, likely only enhancements to one or a few scenes. This rumored plan has been discussed on various fan sites since at least 2015, but Disney has been instead focusing their marketing attention on the soon to open Star Wars themed land at Hollywood Studios. With that now slated to open next month, the assumed focus at this year’s Expo will be WDW’s 50th Anniversary, the updates in the works for Disneyland Paris and Hong Kong, along with the previously confirmed Epcot updates.

With the bold move by Disney Parks Blog to issues posts directly refuting false stories on fan sites other sites might be hesitant to post unconfirmed rumors regarding the supposed updates in the works across WDW. This may help any potential news items announced at the expo gain more traction when they are made official. It’s unclear how Disney fan sites will react, if at all, to the company’s new willingness to call out untrue rumors but at least one site, the one which was seemingly called out last week by Disney, has stated that it is now “absolutely...at war with the Walt Disney Company.”