Happy 4th of July, Florida: Three beaches are closed for the long weekend because of poop water 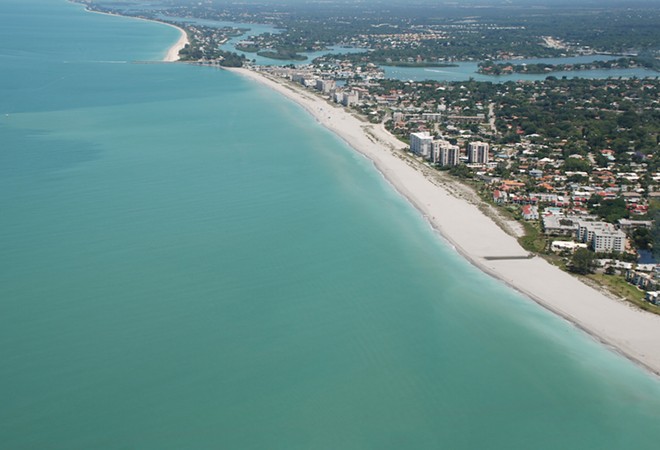 Three popular beaches in Sarasota County are under a “no swim advisory” on arguably the biggest weekend of the year, after authorities discovered high-levels of enterococcus bacteria, also known as poop.

Though no nearby sewage spills have been reported, the Sarasota Health Department says that Casino Beach, Brohard Park and Venice Beach all exhibit unacceptable levels of fecal pollution.

However, things may clear up by tomorrow. The department will resample the beaches again and post the results this Thursday, July 4, at 2 p.m.

Enterococcus bacteria are found in human and animal feces, and are often present in high volumes due to stormwater runoff, pet droppings, and human sewage spills.

This is just the latest in what's been a particularly brutal week for Florida’s Gulf beaches — the first signs of toxic blue-green algae were reported near Gulfport and Treasure Island, a woman actually died of flesh-eating bacteria after scraping her leg on Anna Maria Island, and since her death, two more cases of the deadly bacteria have been reported in Sarasota.

To make matters worse, pools in the Tampa area have also been testing positive for the poop-transferred parasite cryptosporidium.

Maybe just keep it on the dry side this weekend.