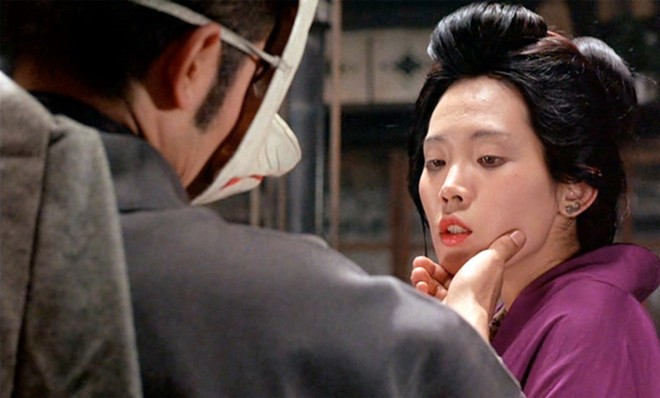 Uncomfortable Brunch, our favorite pairing of icky art-house cinema you don't necessarily want to watch with strangers with the delightful social occasion of a scrumptious brunch, is moving from Will's Pub to the Enzian Theater this fall.

Josh Martin and Kat Whitacre, the masterminds of the film series, have picked a trio of bangers to kick off their partnership with Enzian, including Michael Haneke's comedy-horror Funny Games (the original 1997 German-language one, not the shot-for-shot 2007 American remake) on Sunday, Sept. 8; Nagisa Oshima's super fucked-up In the Realm of the Senses on Sunday, Nov. 3 (be careful how you order your eggs with this one); and kicks off the year on Sunday, Jan. 5, with Lars von Trier's musical cryfest Dancer in the Dark, which stars and has music performed by Björk (who also refuses to ever work with Von Trier again, and publicly accused him of making unwanted sexual advances during filming).

Keen-eyed readers will notice that Uncomfortable Brunch is moving from a monthly schedule to a bi-monthly schedule – at least for a bit. If it ends up taking off at the Enzian – and with a dedicated kitchen and the picturesque Eden Bar for post-movie discussion, there's no reason it can't – who knows what the Enzian might plan in the future. Says Enzian Programming Coordinator Tim Anderson, "These films are important works of art representing filmmakers that strive to push buttons, provoke thought, and spark debate. I couldn’t be more thrilled to have Josh Martin, Kat Whitacre, and Enzian put our mad hats together to showcase this series.”

Tickets for all scheduled Uncomftobrunches are a mere $9, and can be purchased through the links above.