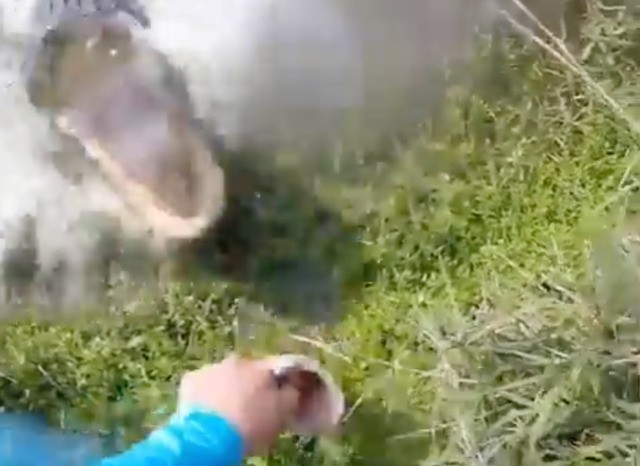 A Florida man fishing in Everglades National Park nearly became the catch of the day when a huge alligator lunged at his arm, according to a video posted to Instagram.

Instagram user @Bbqbassbros_ uploaded a video capturing the near-bloodbath on May 16.

In the video, the fisherman can be seen reeling in what appears to be a bass and pulling it into the tall grass on the shore. While he's bending over to retrieve his catch, a large alligator suddenly surfaces from the water with open jaws, thrashing at the fisherman’s arm. Luckily, he was able to jump back just in time to avoid the predator’s bite.

An alligator’s bite, and this shouldn't be news to you, can do massive damage.

According to a study done at Florida State University, the biting strength of the American alligator is proportional to its size. A 665-pound, 12-foot American alligator’s bite carries 2,125 pounds of force, equivalent to the power required to lift a small pickup truck.

Incidents of alligator bites themselves are relatively rare in Florida. According to the Florida Wildlife Commission, there were a total of nine reported alligator bites in the state during 2018.