Merlin, parent company of Legoland and Madame Tussauds, is being bought out in $6.1 billion deal 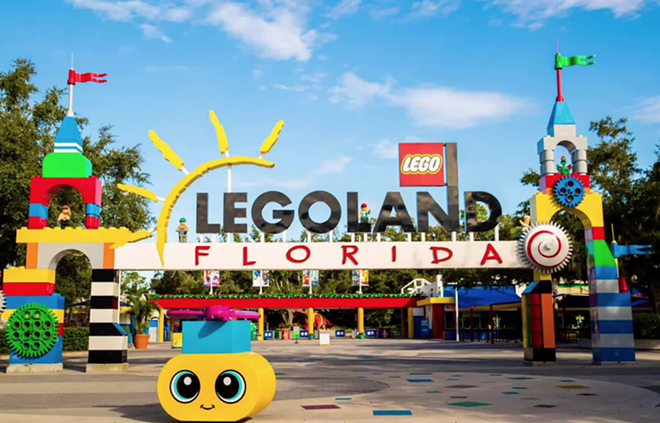 Merlin, the parent company behind Madame Tussauds and Legoland, has agreed to be bought out and taken private by a consortium made up of mostly previous owners. The eye-popping buyout values the second largest attractions operator in the world at $7.6 billion and took four failed bids before this one was finally accepted; all were unsolicited. Most surprising is who is behind the buyout bid: U.S. private equity firm Blackstone, the Canadian Pension Plan Investment Board (CPPIB), and a private holding and investment company, KIRKBI, which is owned by the LEGO heirs.

To understand the significance of this historical purchase, some history of the ties between the various companies is needed. In May 2005, Blackstone purchased Merlin Entertainments. At the time Merlin operated only 28 attractions under four brands: Sea Life, Dungeons, Seal Sanctuary and Earth Explorer. A few months later in a deal with the LEGO heirs Merlin purchased the Legoland brand of theme parks; the family's private holding and investment company, KIRKBI, received a nearly 30% share of Merlin, which they still hold today. The sale of the Legoland parks was used to help pay down debts and ultimately save LEGO, which at the time was facing a very real threat of bankruptcy thanks to declining sales. Two years later, Merlin via Blackstone bought out The Tussauds Group, the group behind the famed Madame Tussauds attractions who also owned the Eye branded observation attractions and two E.U. amusement parks, Chessington and Heide Park.

With the Tussauds purchase, Merlin became the second largest attractions company in the world, second only to Disney. Rapid expansion of the Merlin company meant that by 2018, the company operated more than 120 attractions worldwide, including eight Legoland parks, with three more now in the works.

Ahead of the Merlin purchase, Blackstone was no stranger to the tourism industry. In 2000, they had purchased a 50% stake in Universal Orlando, known at the time as Universal Studios Escape. With the success of their Merlin brand, Blackstone turned their attention to another name in tourism, SeaWorld, becoming the largest shareholder of the brand in 2008, well ahead of the dark times that would hit SeaWorld just a few years later. In 2011, Blackstone sold off its Universal holdings after opening the highly praised Harry Potter area a year prior. Two years later it took both SeaWorld and Merlin public. Blackstone sold its remaining shares of Merlin in 2015 and sold its stake in SeaWorld in 2017. Interestingly, a few months after the Blackstone sell Merlin stated their interest in SeaWorld's Busch Gardens parks stating "those assets are interesting and we could certainly do a lot with them," but SeaWorld ultimately was not interested in selling off what is viewed as one of their most valuable brands.

The move now back into the tourism industry by the Blackstone has more to do with its partners than it. The buyout will give KIRKBI a 50% share of Merlin. KIRKBI has proven itself recently with impressive success in its leveraging of the LEGO brand. The third partner in the deal is the more surprising one. KIRKBI recently announced its focus on new investments in renewable energies, purchasing a controlling share in an American renewable energy company and community-conscious investments, while the Canadian-based CPPIB is known for their investments in fossil fuel companies and for-profit prison companies, including two, GEO Group and CivicCore, that run some of the Trump-supported immigrant concentration camps. Statements by the three companies seem to indicate KIRKBI will have a more active role with Merlin than CPPIB, meaning the potential for conflicts between the two looks unlikely.

Joe Baratta, head of private equity at Blackstone, has noted that the company would be committed to working to ensure Merlin’s success while also signaling support of Merlin’s current CEO, Nick Varney. “We are prepared to commit the substantial resources required to support the long-term objectives of Merlin, which will require significant investment to ensure its long-term success. We believe we are uniquely placed through our Core private equity strategy to make this investment alongside our partners at KIRKBI and CPPIB. We look forward to backing Nick Varney and his strong management team in driving Merlin into the future."

For now, it’s unclear what, if anything, will change at Merlin with the buyout but with KIRKBI becoming the largest shareholder of the newly private company, it’s likely that the LEGO brand will be harnessed even more across Merlin’s brands in the coming years. In a prepared statement by the three companies, they pointed to investing in Merlin’s assets to ensure growth. Ryan Selwood, head of Direct Private Equity at CPPIB, explained: “Through close collaboration with our partners, we look forward to promoting the steady growth, long-term capitalisation and continued international expansion” of Merlin.