Obscurity rocks the Falcon with Tidepools, Dunies, Dot Org and the Last Origin 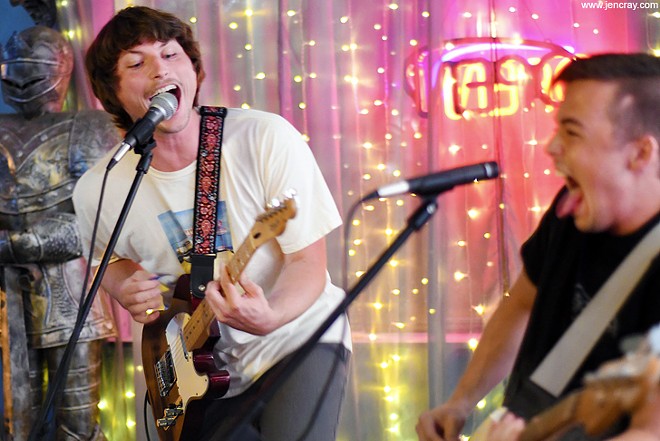 A recent bill at the Falcon stocked with what seemed like promising but relatively unknown bands caught my eye as an event ripe for discovery. Sometimes you get a feeling, but sometimes you’re wrong. Life’s unfair like that. This time, however, my list of noteworthy local bands ended up a few entries longer.

Orlando’s Tidepools are a young, just-awakening indie band that’ve blossomed from the solo work of Laura Reyes. The bedroom songs drift on a dreaming, gauzy wavelength. It’s jangle-pop introspection that shimmers and chimes with pleasant simplicity.

Live, however, they revealed some hidden horsepower in their quest to capture the eternal magic of airy melodies in heavy reverb. If the notable difference between Tidepools’ lovely but sedate recordings so far and the amplified conviction of this recent performance is an indication, this is an emerging band of growing confidence to watch out for. Their debut EP isn’t expected out until September but they’re already showing up on more prominent bills around town so be on the look.

Kicking up some big waves were Cocoa Beach surf-punk trio Dunies. Their sound pairs the long, deep tones of surf rock with romping garage octane. It’s a sweet-spot formula that’s honed, sharp and straight bulls-eye. And they kick it out with boisterous attack. 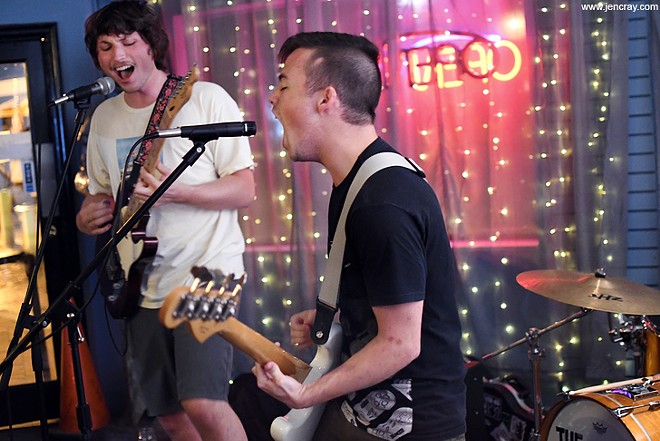 The offspring of Orlando artist Ian McKewen, Dot Org is a weirdo-rock act whose meandering range is so perplexing on paper that it will probably yield more confusion the more you try and dissect it. Best to take this one in its totality, which is easy to do with McKewen’s unmistakable spirit.

From jagged excursions to breezy currents to rock & roll burnouts, it’s impossible to tell what will come next. But guaranteed, it’ll all be topped with McKewen’s theatrical, incredibly versatile singing, which can flex from indie-rock passion to all-out rock opera.

The one traveling band, however, made their own emphatic mark. Making their Orlando debut, young Kentucky trio the Last Origin are a rock band that straddle indie, garage and psych in ways that carve interesting pockets beyond any of those boxes.

Even though they’re punched out with great economy, the Last Origin's songs are cut from a tapestry rich in detail, texture and melody. The music beams with curiosity but moves with a natural and electrifying step. And it’s all played with remarkable finish.