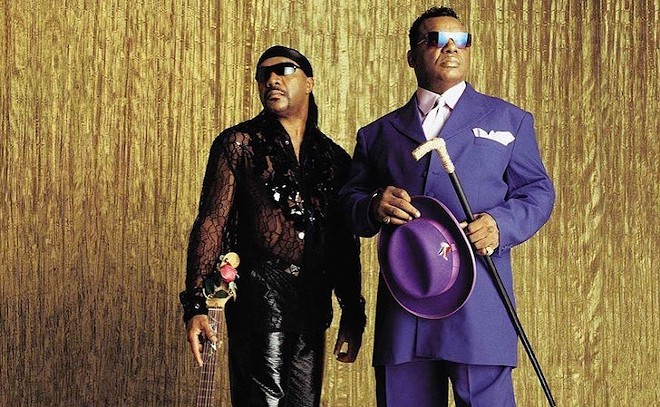 Celebrating 60 years (and counting) of soul and R&B supremacy, consummate musical lovermen the Isley Brothers have announced an anniversary tour that starts this month, but they're saving the best for last and playing the City Beautiful as one of the last couple of newly added dates in December.

The Rock & Roll Hall of Fame inductees have dubbed this tour "You Make Me Want To Shout" as a nod to the 60th birthday of their first gold single, "Shout." You might also knows them from anthems like "It's Your Thing," "Between the Sheets" and "This Old Heart of Mine." The band promises a greatest-hits set, which melts our collective minds.