With Will Quinlan at the Circle recently and now an album release show by Have Gun, Will Travel, Orlando has been the fortunate beneficiary of some solid Tampa gold lately. Having produced some of the best, most accomplished work to come out of the region this millennium, Have Gun, Will Travel are well on their way to being Florida Americana hall-of-famers. 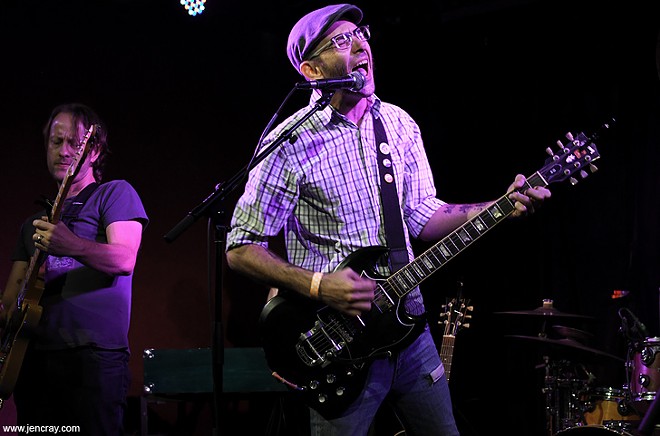 Over the decade-plus of their output, the band have traced many roots of the grand tree of American folk music. Now, after 11 years (four since their last album), they’re back with an all-out campaign for the great American rock record with sixth LP Strange Chemistry, whose release date coincided with their Orlando concert. It’s not a hard left turn or anything – their string of country-rock aces over the years have long proven them suited – but it is a very good look for them.

Strange Chemistry was the clear focus of this show’s setlist. On the confident album, HGWT keep things in an unquestionably rock gear. Even among all the reflection and confession, the strapping, triumphant melodies rumble down the highway with the windows wide open. And in their tallest moments like on “Blood on the Stage” – sure to be Tampa’s new hometown anthem by name-dropping legendary locale spots like Crowbar and New World Brewery – they shoot straight for the horizon. 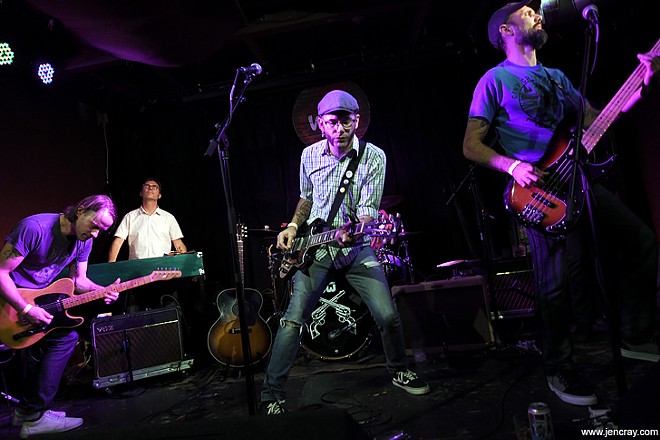 It’s a time-honored road with an illustrious, distinctly Floridian heritage, from Tom Petty & the Heartbreakers on through to modern-day believers Gasoline Heart and Mike Dunn. Now, with the classic hues and blue-collar glory of this chest-swelling opus, HGWT is knighted into that proud tradition.

HGWT have long been one of the region’s most certified Americana names. But Strange Chemistry makes the case for their greatness beyond genre. And this open-veined live performance of it was as much a return to form as it was to this city, one that etches them deeper as Florida royalty.

Also playing was Lauren Morrow, the defining voice of notable Atlanta country kickers the Whiskey Gentry, who’s now based in Nashville where she’s assembled an ace band for her own ambition. Coming full as a five-piece ensemble that included Whiskey Gentry bandmate and husband Jason Morrow, they delivered a sturdy country-rock set.

But even amid the lush band backdrop, her voice is the indisputable star. And what a sun it is. Ringing high, clear and unmistakable, it’s a marvel of honey and steel with near-Dolly purity and flexed with country perfection.

The live radiance of Morrow’s singing proves she’s the master of one of the most naturally perfect voices in Americana today. And she lent some of that splendor to Have Gun, Will Travel’s set with a guest appearance on the Tom Petty & the Heartbreakers-penned Stevie Nicks hit “Stop Draggin’ My Heart Around.”

To open the night, HGWT brought fellow Tampa area band (plus local guitarist Greyson Charnock) Fay Roy. Their rock sound, forged from vintage garage and psych, resonates with nice sonic richness and some deep surf tones. It’s all whipped up live into an effective signature played by a quality group.