Sixty Vines, so named for its 60 wines on tap, will move into the 8,000-square-foot space recently vacated by Kona Grill in Winter Park's Lakeside Crossing next spring.

The Texas-based restaurant currently has two locations — one in Dallas and another in Plano, with a Houston location slated to open this summer.

Guests will feast on the "seasonal cuisine of wine country made with local ingredients" which, judging from the menus at the Texas locations, include pesto-crusted, wood-fired cauliflower; coconut- and cilantro-infused tonnarelli with jumbo Gulf shrimp; squash blossom pizza and wood-grilled American Wagyu strip steak with chimichurri.

The space itself promises to be a beaut as well.

According to a press release, patrons will dine with views of the open kitchen and charcuterie bar and, like the Sixty Vines in Texas, there will be an enclosed greenhouse patio offering a "wine garden experience" and a full bar. 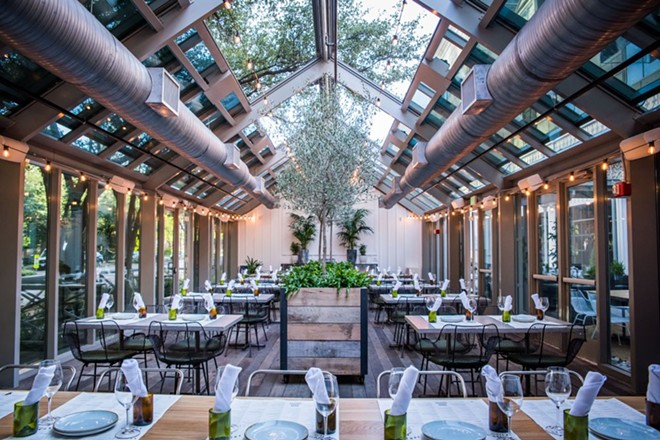 Sixty Vines will be open for lunch and dinner and promises to bring some NoCal vibes to its weekend brunch.