From Virgin Voyages to Ritz Carlton Yachts, the luxury cruise industry grows larger every day, and with it, Florida continues to dominate the industry. Now yet another cruise line has decided to make Florida its home. According to posts by the company on LinkedIn and comments by real estate firm NAI/Merin Hunter Codman, Mystic Cruises USA, the North American division of the new boutique luxury cruise line Mystic Cruises, will be headquartered in Fort Lauderdale.

Mystic Cruises USA is just the latest cruise line to pick Florida for its headquarters. Disney Cruise Lines is headquartered in Celebration with Royal Caribbean and Carnival both based out of Miami. Soon-to-launch cruise lines Virgin Voyages and Ritz-Carlton Yacht Collection will be headquartered in Plantation and Coconut Grove, respectively.

Mystic Cruises is the latest venture by the privately held Portuguese investment firm Mystic Invest, which also owns multiple river cruise lines and its own shipbuilding company. They also own and operate numerous other hospitality ventures include several luxury hotels, a bus tour company, a helicopter tour company, a Portuguese-themed cultural center, and a science center famous for its time travel-themed boat ride. 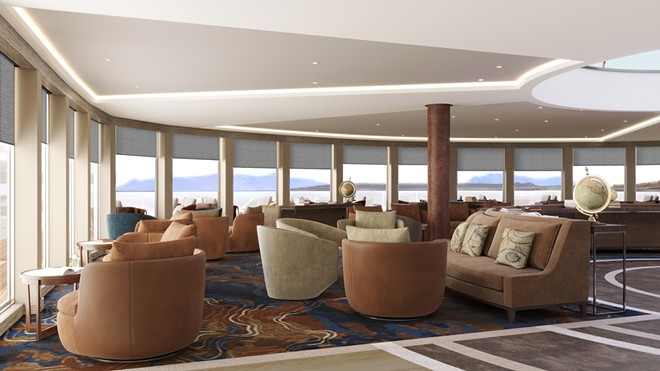 Mystic Cruises has ordered six custom-designed luxury cruise ships. Four of the six ships will operate under the Mystic Cruises USA flag. The expedition ships are much smaller than the floating cities that larger cruise lines are known for with the first ship, World Explorer, holding only 200 passengers and 110 crew. World Explorer will be mostly a chartered ship, used by one of Mystic Invest's other brands, Nicko. Both World Explorer and its sister ships, World Voyager and World Navigator (the first ship for Mystic Cruises USA), will be among the most ecologically friendly cruise ships ever designed.

SeaTrade Cruise News, who first reported on the Fort Lauderdale headquarters for Mystic Cruises late last year, has confirmed that Mystic plans to have up to 60 employees at the headquarters. The hiring plan calls for a slow ramp up over the next three years with a focus on “senior executives known to the trade.” They've already hired a previous VP of Oceania with more than thirty years of experience in the industry, a director from Silversea who has more than two decades of experience, plus a communications director who previously worked for Norweigian and has more than a decade of related experience. SeaTrade Cruise News also confirmed plans call for another four ships to be ordered at a later date, eventually giving the cruise line a total of 10 ships. Six ships will be operational by the end of 2023.

Despite their smaller size and luxury focus, Mystic Cruises USA President Alberto Aliberti has promised that they will be priced competitively. The first of the USA dedicated ships will be delivered in 2021 with sales and more details being released this winter.