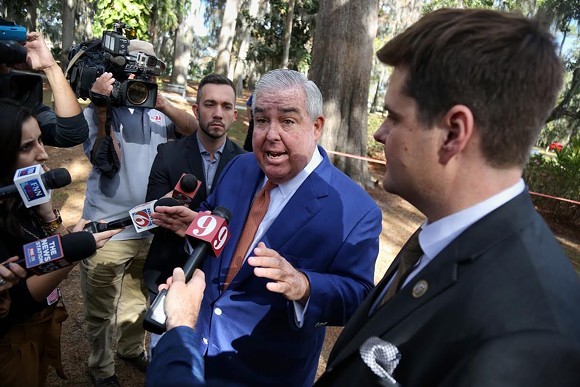 A $15 minimum wage campaign in Florida is now officially in the works.

Florida for a Fair Wage, the long-time passion project of Orlando attorney John Morgan, was formally launched Monday with a press release.

“There is no doubt in my mind that is an uphill battle. But just like there were hundreds of thousands of families with sick children or parents that needed medical marijuana, there are hundreds of thousands of Floridians earning the minimum wage that cannot afford to live in Florida,” Morgan said in an email to supporters. “We must fight so that all Floridians can have the dignity of earning a fair wage for a hard day’s work.”

There are hundreds of thousands of Floridians earning minimum wage that cannot afford to live in FL.

We must fight so all Floridians can have the dignity of earning a fair wage for a hard day's work.

The amendment that the campaign hopes to get on the 2020 election ballot would incrementally increase the minus wage in the state — first to $10 an hour in 2021, with a $1 increase each year until Florida reaches $15 in 2026.

After that, the minimum wage would go back to being calculated as it currently is: based on the rate of inflation. To get the amendment on the 2020 ballot, the campaign will need 766,200 verified petitions, according to the release.

Florida for a Fair Wage announced that more that 1 million petitions have been collected, but according to the Division of Elections, around 363,000 petitions have so far been verified.