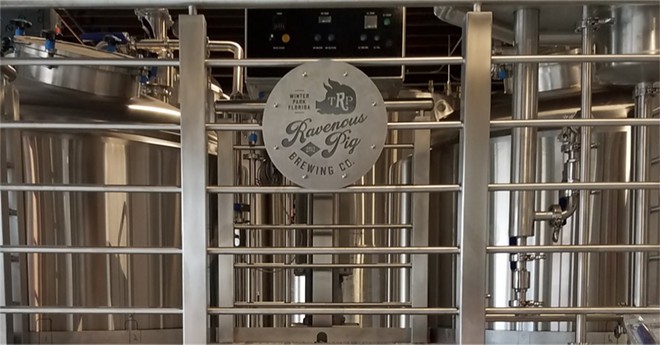 Construction of the Ravenous Pig Brewing Co. is nearly complete and the first brew batch is expected to wet the collective whistles of beerhounds in early August.

The 3,000-square-foot brewery adjacent to the Ravenous Pig features a 15-barrel brewhouse system with six 30-barrel fermenters, tripling the size of the current five-barrel system inside the restaurant.

Larry Foor, the Pig's brewmaster, will lead brewing operations at the facility, which will also supply the Cask & Larder-branded beers for the namesake restaurant inside Terminal B at the Orlando International Airport.

As far as the existing brewery inside the Ravenous Pig is concerned, Foor will use it to produce small-batch special releases which will be exclusively served in the restaurant's taproom.

But that's not all.

The space in between the restaurant and brewery will soon be transformed into a beer garden with turf, covered outdoor seating, mobile bar and, yes, cornhole boards and a shuffleboard court.

Don't practice your toss and push just yet — the beer garden is slated to open in late January/early February, "hopefully in time for the Super Bowl," says Ravenous Pig owner James Petrakis. 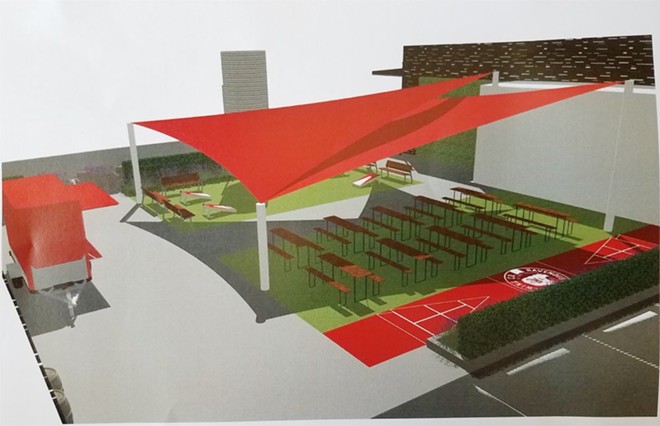 Petrakis and wife Julie spend a fair bit of time in Asheville, N.C., and were clearly taken and influenced by Asheville's booming beer culture when planning TRP Brewing Co.

"We've visited quite a few beer gardens during our time in Asheville," Petrakis says, "and I wanted to bring something similar here."

Plans also call for movies to be projected onto the outside wall of the restaurant and Petrakis personally assured me that Strange Brew will be the first movie screened.

OK, that last part is a complete lie, but I know James not to be a hoser and I fully trust the wall will be christened by the cult classic of brewdom.

Until then, good day, eh?