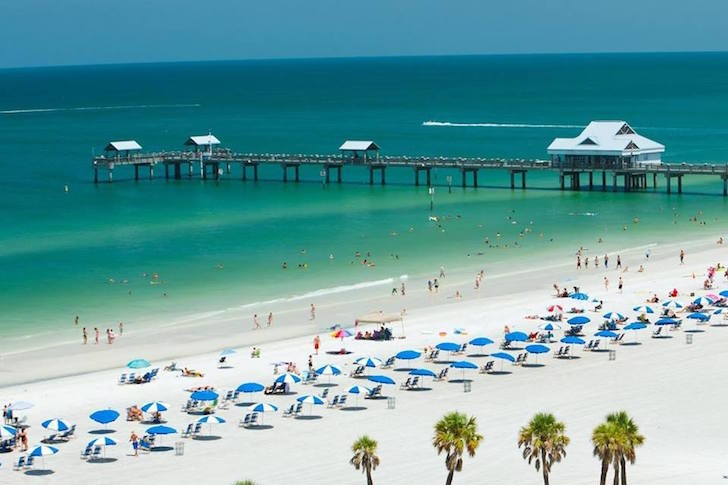 A Tampa area man has died after being struck by lightning at Clearwater Beach, officials confirmed.

Garry L. Perks, 32, of New Port Richey, had been in critical condition following a lighting strike that hit him and injured seven others on Sunday.

Perks went into cardiac arrest once the lightning hit him, and was taken to Morton Plant hospital. Three other patients taken there were later released, according to city spokeswoman Joelle Castelli.

One patient was sent to Tampa General Hospital with burns, and the remaining three refused to be taken to the hospital, city officials said.

At 12:30 p.m. that day, lifeguards were told to warn beachgoers of an approaching storm and lighting in the area, according to a statement from city officials.

They made several whistle blasts, signaled for all swimmers to leave the water, then raised their double red flag, which means the waters are closed. Afterward, the lifeguards sought shelter, in line with their policy.

Perks and some remaining beachgoers were packing up and leaving the beach when the lightning struck at 12:42 p.m., according to witness statements given to the city.

“Anytime lifeguards clear the water and raise double red flags, beachgoers should leave the beach,” according to a city of Clearwater statement. “It is also important to be familiar with the beach warning flag system.”

Perks' death brings the number of nationwide lighting fatalities to 10 this year.

Of the nine other incidents, one also took place in Florida. In that case, a 45-year-old man driving his motorcycle on the highway was stuck in Ormond Beach on June 9, according to National Weather Service data.

Florida tallied the highest number of lighting deaths in the country last year, with 7 of the 20 cases coming from the state.