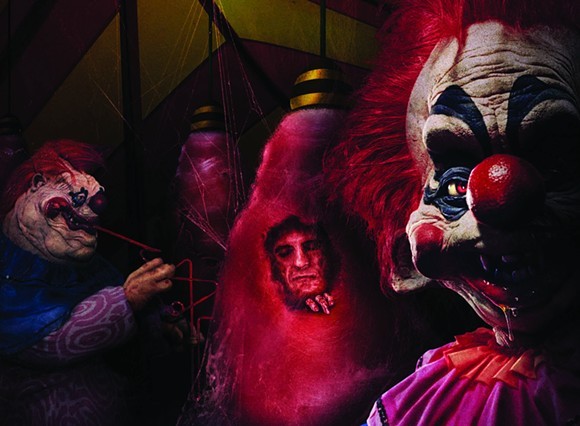 Killer Klowns From Outer Space, the 1988 cult classic, will serve as the inspiration for the most recently announced haunted house at Universal Orlando's Halloween Horror Nights.

The attraction will place brave-enough guests to the town of Crescent Cove, which has been overrun with ''Killer Klowns." And not just your run-of-the-mill, snooze-fest Killer Klowns – these are from space. Outer space. From there, they'll have to evade the clowns in the maze-like amusement they've built to harvest humans into dinner.

Universal Studios has announced other haunted houses that go along with the ’80s horror theme, such as ones modeled after Ghostbusters and Stranger Things. If you want to go even further back with your scares, Halloween Horror Nights will also have an Ancient Roman Battle Arena with Nightengale’s Blood Pit and classic movie monsters like Frankenstein and Dracula with the Universal Monsters house.

Three more haunted houses have yet to be announced; here’s to hoping they keep up with the ’80s theme with a Ronald Reagan-themed one.

Halloween Horror Nights will run on select dates from Sept. 6 to Nov. 2, and online tickets start at $67.99.