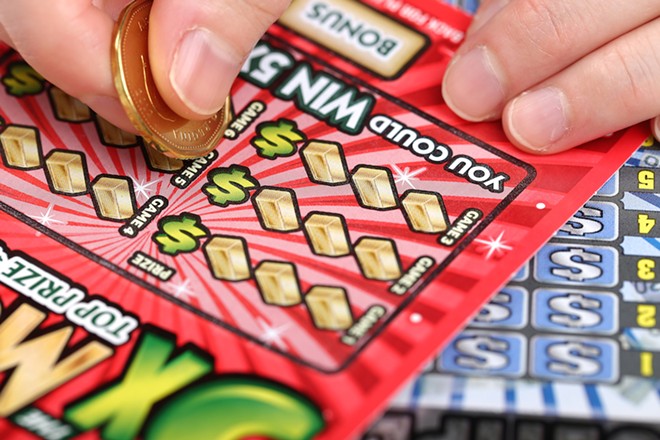 On perhaps the luckiest and unluckiest day of their lives, a mother and son took a trip to Orlando to claim a $20,000 lotto ticket. A few hours later they were arrested on drug charges.

The duo, along with the son's girlfriend, were arrested in Deltona on Tuesday after redeeming the scratch-off ticket, according to Laura Williams, a Volusia county spokeswoman. It just so happens that the closest Florida Lottery district office to Deltona is in Orlando.

Of course, the question lurking is: did they buy the drugs after the lotto win?

"That’s not at all been proven," Williams said. "We just know that they told us they won the lottery."

It is not yet clear if the money was found at the scene, Williams said. But it is also possible for winners to receive payouts to debit cards.

The search of the home had already been pre-planned based on an investigation unrelated to the lotto win. Luis Correa, 39, was found in front of the Deltona home holding three bags of drugs that gave positive results for fentanyl and heroin, police said.

He was charged with heroin possession and selling the substance within 1,000 yards of a school, among other charges.

His mother, Migdalia Cruz, 59, was charged with sale of heroin within 1,000 feet of a school. Only Dana LaFlamme, 34, avoided drug charges. Instead she was charged with habitual driving with a suspended license and violation of probation for possessing ammunition by a convicted felon.

The arrests came Tuesday around 4:30 p.m. after the Deltona Narcotic Enforcement team used a search warrant to enter the home, where they found Cruz and Correa standing outside and LaFlamme, Correa's girlfriend, inside, police said.

Detectives searching the home found more suspected heroin as well and "pills identified as a new legend drug, Hydromorphone," along with drugs expected to be ecstasy/MDMA, Xanax, cocaine residue, and Clonazepam, according to a sheriff's office statement on Facebook.

Clonazepam is a sedative used to treat and prevent seizures.

It was Cruz who told officers she and her son had just went to Orlando to claim a lotto prize, police said. The three were taken to Volusia County Branch Jail. Correa and Cruz have since been released on bail, according to county inmate records. LaFlamme was held without bail due to the ammunition charge.