Disney is definitely, absolutely not getting its own airline based in Orlando 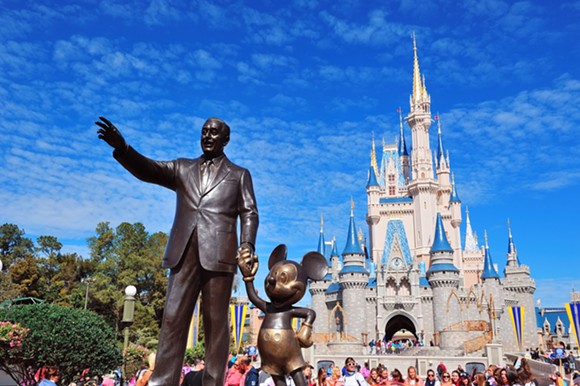 It made headlines last week:

"Disney is launching their own airlines."

Only problem is, it's not happening. At least, according to Disney officials.

"I can confirm that there is no truth at all to these rumors," Stephanie Christine Corzett, Disney's director of external communications and media relations, wrote in an email Tuesday.

But ... but what about that random guy who tweeted it? He even included some official Disney gif or something. It looked legit.

#Disney is currently studying to have their own Commercial Airline & choosing #Orlando as its flights base ✈️ #interesting #WDW #disneyworld pic.twitter.com/gFaq3MV9kG

Regardless, headlines have since changed to "Disney denies rumours of U.S. airline launch" and "Disney dismisses rumors of airline plans."

The rumor mill first started churning when JustDisney, a website dedicated to all things Disney, announced the airline would arrive in 2021.

"We have “ears” inside on this development and have been given information that the entertainment offerings will include inflight Disney+ access to each seat, Disney’s new streaming service," the post reads. "Disney songs will be being played over the airplane’s speakers as you board."

The Walt Disney Company is about to enter the domestic aviation travel industry! Starting in 2021, The Disney Company will acquire smaller regional airlines to focus it’s operations on offering flights out of Orlando to and from major airport hubs including Detroit, Chicago, LaGuardia, and LAX. ...

The airlines will be “wrapped” with famous Marvel and princess themes to help celebrate your big trip. Disney is to stay competitive with rates that are just as affordable as South West Airlines and United. One perk that passengers can look forward to is if your staying at an onsite Disney resort within 48 hours of your flight, your first bag is checked free of charge for every passenger.


It goes on to say Disney characters might make appearances, and it even provides a proposed snack list: Mickey Premium Ice Cream bars, churros, and strawberry fruit bars.

JustDisney's post is still up, by the way, and there is no correction issued anywhere. So that's ... interesting.