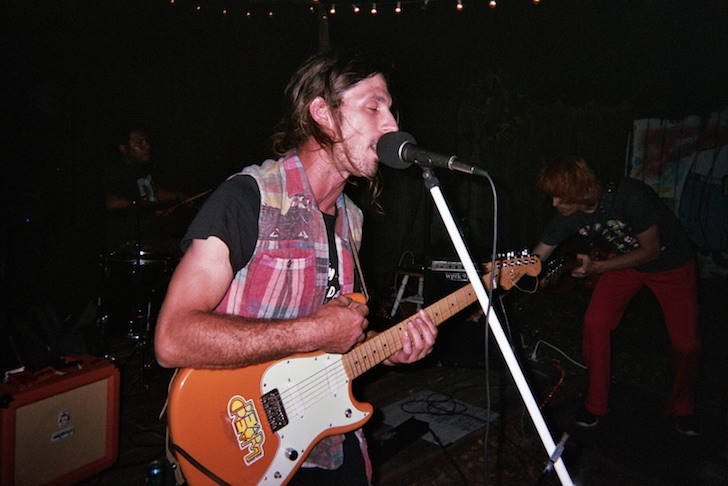 The Orlando music scene has become a good deal less unpredictable with the sad and untimely passing of local musician Bobby Clock, who was 32.

We first encountered Clock at an Illuminated Paths showcase at Uncle Lou's last year, and were taken by the frazzled live chops of his band, Bobby Clock and the Soda Pops. It was a mix of Beatles sugar, Nirvana spice, and Brian Jonestown Massacre haze, all presided over with urgent brio by Clock, a tangle of long hair and manic motion, veins in his neck popping with every lyric, sawing away at his guitar.

Clock moved to Orlando from Winter Haven in his late teens and quickly started his first project, Detective Sandy Vagina, in the early 2000s. In 2005, he teamed up with the inimitable Danny Feedback – a constant figure in Clock's creative life – in the noise-rock band Hippy Gone Wrong for three years of musical and creative chaos ("firecracker central," remembers Feedback fondly). In 2008, Clock started his most lasting project, Bobby Clock and the Soda Pops, which continued on-and-off through to 2019.

Feedback, Clock's creative co-conspirator of many years, reminisces about his music, saying, "Bobby's music was a sonic reflection of himself. Uniquely chaotic melodies that ranged from beautiful hymns to nasty, overdriven washes of noise, all accompanied by creative, emotional and unfiltered poetic lyrics."

Friend, Clock collaborator and Central Florida music archivist, Joshua Rogers, remembers him fondly: "I had known Bobby for many years, the Hippy Gone Wrong CD was one of the first I picked up to check out the local scene, it blew my mind and made me realize there may actually be a scene in Orlando worth checking out and being a part of. I loved the guy. … Bobby's music and performances were inspiring. Epic. Or just a train wreck in slow motion. Whatever Bobby was to everyone else, he was a true original to me."

As of this writing there is a tribute and benefit show scheduled for this Sunday (Aug. 4) at both Grumpy's and Uncle Lou's with lineups and times TBA. And Feedback intends to play a tribute set at his Sept. 6 show at Will's Pub.