Tampa's Yr Glow and Charles Irwin lead indie parade into, and out of, Stonewall 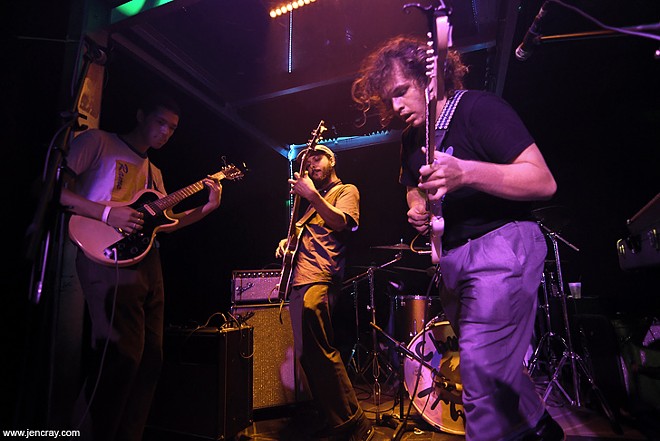 In addition to checking back in on some of the young new vibrations coming out of Parramore, this recent pan-Floridian showcase looked like a good discovery opportunity since the only known quantity to me on the bill was the convoluted quirk of Orlando indie-rock band Rocko English.

The guests of honor were Tampa band Charles Irwin, who just released a new album (Beach Lake Park) and were kicking off their first tour, a short one up the East Coast. Curiously lovely, their sunny indie rock is a fanciful dance of melody and idiosyncrasy. 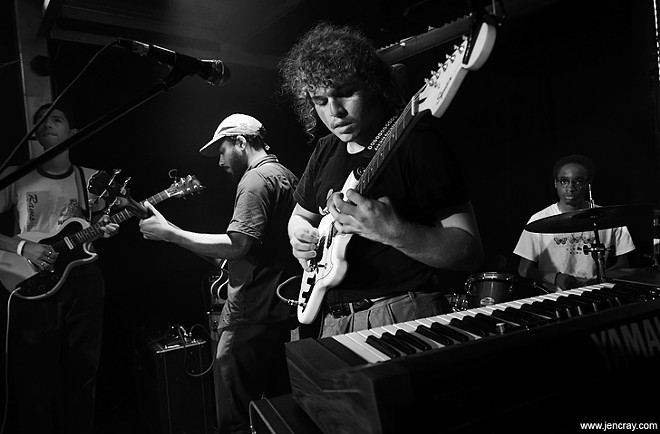 But the stars of the night ended up being fellow Tampa group Yr Glow. Their lo-fi jangle pop rings through a warmly hazy lens with some surf overtones. In concert, however, they can sometimes kick like an almost completely different band.

At this show, their sound was smeared notably thicker with noisy rock dives even. Even when they got back to those charming vibes, it was with much more shag, scrap and chunk.

In fact, Yr Glow’s performance packed enough spark to ignite the potential energy of the room into the night’s first and best pit. Once that connection was forged, the band capitalized on the crowd’s great freshman energy, whipping them into a froth and ultimately harnessing it by commanding the floor into a mosh-grade conga line that ran right out then back into the club. 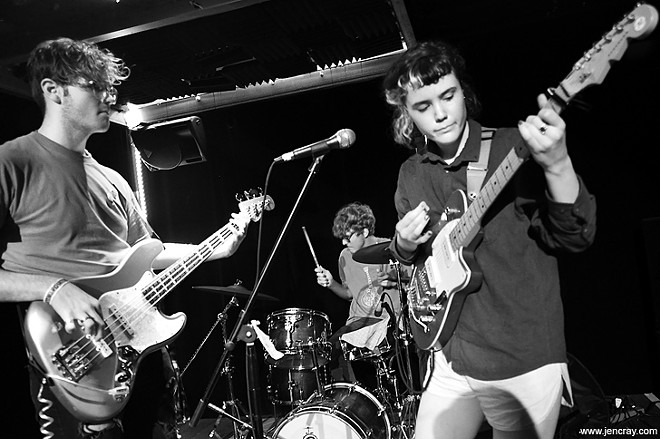