Here's what to do indoors on your rainy Orlando weekend 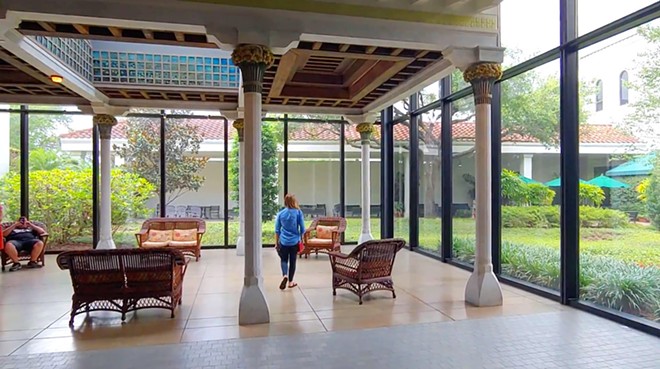 The Orlando weather this weekend looks to be pretty terrible, so before you curl up on the couch with a bottle of white wine and The Office on your laptop, why not take advantage of all of Orlando's best indoor spots to wait out the rain?

Take a museum day: Orlando has a lot of beautiful art galleries to lose yourself in, like the Charles Hosmer Morse Museum of American Art in Winter Park and the Orlando Museum of Art in Loch Haven Park, which has three new exhibits opening this weekend.

The Orlando Science Center is right across the street from OMA, and they always have fun, kid-friendly summer activities. And if you you're interested in space (or maybe even astrology) there's the Emil Buehler Planetarium in Sanford.

Catch a movie at the Enzian: The Farewell, which came out this summer, is being critically lauded, will be showing at the historic Enzian Theater in Maitland this weekend.

See a show: Twelve Angry Jurors, a stage-play adaptation of Twelve Angry Men with a mixed-gender cast, will show at the Orange County Regional History Center.

Play some putt-putt: Putting Edge, on International Drive, delivers on some trippy visuals with an indoor, black-lit, glow-in-the-dark course.

Unleash your inner competitor: At Andretti Indoor Karting & Games, you can challenge your friends and family, or even strangers who want nothing to do with you, at go-kart racing, bowling, arcade games, simulators, VR games, laser tag and whatever this is.

Shop for antiques: Visit Adjectives Market for vintage furniture, clothes and decor. Or wander around the Magic Mall in West Orlando and buy some mixtapes.

Catch a comedy show: SAK Comedy Lab downtown has hilarious shows every weekend. You might also want to see what the Orlando Improv has going on.

Get drunk and play games: Player One and Joysticks are two of the best arcade bars in town.

Bloggytown Orlando what to do weather rain museum antiques